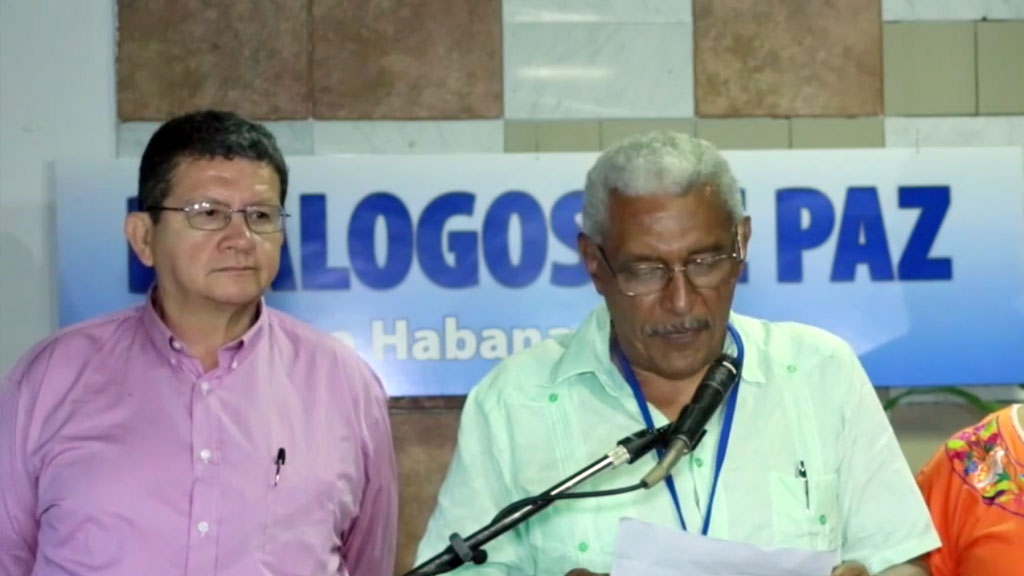 While Colombian President Juan Manuel Santos called on government negotiators to accelerate progress made during peace talks with the FARC, the guerrillas called for calm on Monday, the first day of formal negotiations in 2015.

The talks between Colombia’s largest rebel group and the country’s government began in November 2012 and have since tested the patience of Colombians whose country has been suffering an internal armed conflict between guerrillas and state since 1964.

However, in the past three an a half months, only two weeks were dedicated to peace talks. For two and a half weeks the negotiation teams were on winter recess and the talks were suspended for another two weeks following the FARC’s capture of an army general in November.

With his team still officially on vacation, the president announced in January that he would prioritize negotiations over a bilateral ceasefire to prevent ongoing fighting continues to hinder progress of the talks.

The announcement was a concession to the FARC which had called an indefinite unilateral truce in December while calling on the government to reciprocate.

The president did call on both teams to also “accelerate the speed” of the talks that are now focused on victims and the end of conflict.

Government negotiator Humberto de la Calle on Sunday urged the FARC to make more concessions and begin clearing landmines that have been laid to slow down the military and protect coca plantations.

These landmines cause hundreds of military and civilian victims per year.

The FARC lowered expectations and urged De la Calle to stick to the agreed agenda.

According to the rebels, this agenda “invites the parties to provide solutions to problems of different nature in the country and which have caused violence, a long time ago and forgotten by many, but which have certainly not been generated by the guerrillas.”

The government has admitted that the two remaining point on the agenda are difficult, “maybe even the most difficult,” Santos said Sunday.

“The country can not do what has been done before, erase everything and start over,” said Santos.