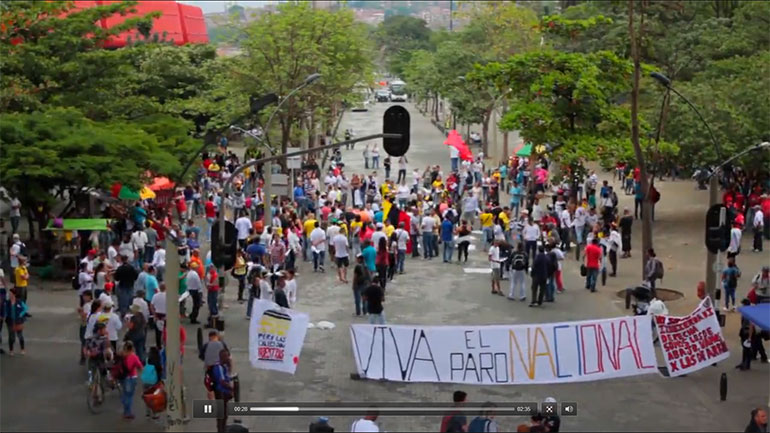 In spite of the indignation of millions online, only hundreds took to the streets in Colombia’s largest cities to protest the height of the minimum wage, pending tax hikes and the controversial sale of state-run energy company Isagen.

Colombia’s consumers, particularly the poor, have plenty to be discontent about.

After a drop in oil prices and a devaluation of the peso, inflation is at its highest in years and the government is considering raising the sales tax and introduce a sales tax for school books.

The government raised the minimum wage 7% for 2016, but the tens of millions now earning $210 a month fear that their $13.5 a month wage hike is not enough.

Food prices increased more than 10% compared to last year and the pending new sales taxes likely to put extra pressure on Colombians’ wallets, millions took to social media like Facebook and Twitter to express their rejection.

Especially the sale of the government’s share of Isagen, a profitable energy company that attributed hundreds of millions of dollars to the treasury infuriated Colombians.

However, following confusing reports in mainstream media indicating the march could be a hoax, labor unions and social organizations were only able to mobilize a fraction of those who had expressed rage on the internet.

In Bogota, several hundreds took part in protest meetings while in Medellin, Colombia’s second largest city, only a few dozen showed up.

Marches were also held in Cali, Barranquilla and Bucaramanga, but also there few people showed up.