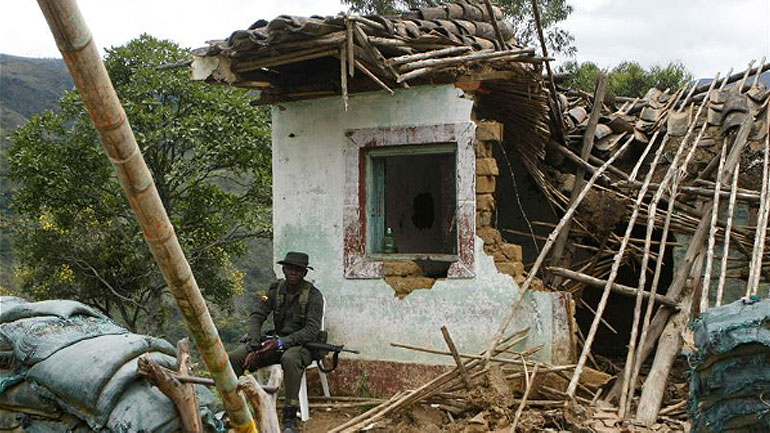 ‘Humanitarian crisis’ in southwest Colombia due to conflict violence

A recent increase in conflict-related violence has caused a humanitarian crisis in Colombia’s southwestern region, according to humanitarian NGO Doctors Without Borders.

Following failed attempts to deescalate the armed conflict for the duration of ongoing peace talks between the government and FARC rebels, the resumption of FARC attacks in May and ongoing military offensives is causing crises in several municipalities in the southwestern Nariño, Cauca and Valle del Cauca provinces, the NGO said in a press release Wednesday.

“The consequences for the mental health of these people are enormous. The fear of renewed fighting and the lack of adequate shelter has confined the population in some municipalities,” said Pierre Garrigou, the coordinator of Doctors Without Borders in Colombia.

“The confrontations [between the FARC and the military] have also led to cases of mass displacement in some places,” said Garrigon.

The NGO cited United Nations figures that had recorded 525 violent events in May and June. Three quarters of this violence was registered in the southwestern region of the country.

The increase in violence, the major human cost already spurred the United Nations to urge the government and the FARC to proceed to deescalate violence and work towards a bilateral ceasefire, but this has been ignored by both warring parties.

“When the bombs fell I dropped on the floor. I heard how they were running around the yard and the children started crying. It all sounded very close. When they began shooting the children cried and asked me: ‘Mommy, mommy, are we going to die?’ I told them to stay calm and we remained on the floor until sunrise. I didn’t want to remember this horrible thing but the memories come every day. Someone closes a door and I feel bad. Where we are now it is stacked with other people. I wonder how long we have to be like this, sleeping on the floor.”

The violence has put so much pressure on the peace talks that the government’s chief negotiator over the weekend warned the guerrillas that his delegation was considering leaving the negotiations altogether.

In response, sponsor countries Norway, Cuba, Chile and Venezuela called on both the government and the FARC to “urgently” proceed to deescalate the violence in order to save the talks aimed at ending 51 years of war that has left more than 7 million victims, and counting.

President Juan Manuel Santos, whose administration is responsible for the talks, said he would prioritize steps towards a deescalation of violence and an eventual bilateral and definitive ceasefire, a promise he also made in December last year.