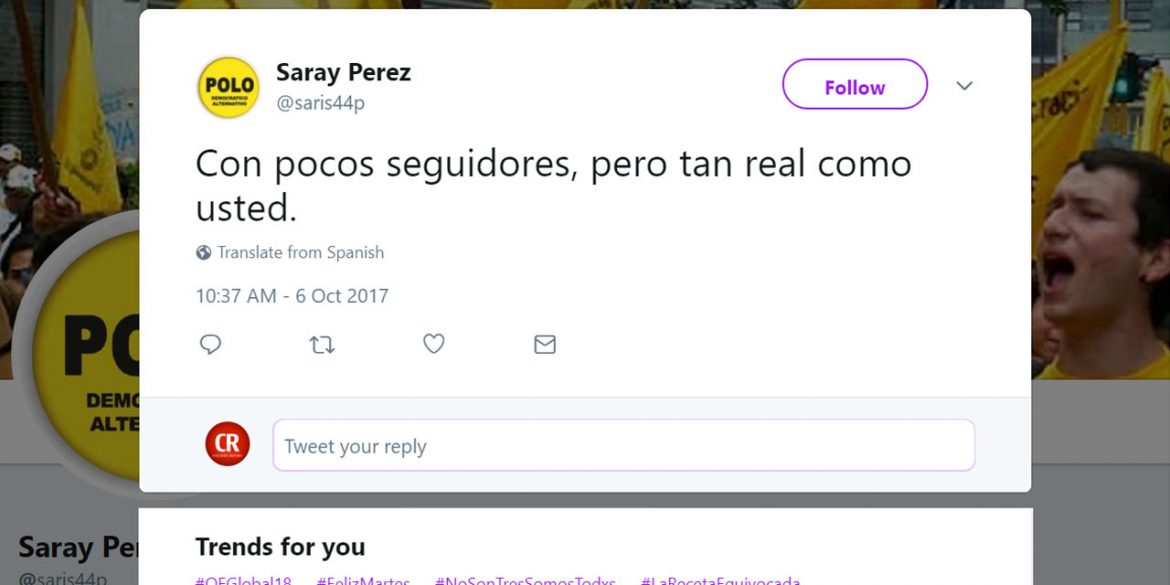 The University of Antioquia (UdeA), the most respected public university in Medellin, investigated the possible election fraud after discovering that Gutierrez’ social media strategist was working for former President Alvaro Uribe.

Because strategist Mateo Gomez is a freelancer, he can work for any campaign. He can not, however, use public resources for the promotion of candidates, and this seems to be the case.

Gomez and a team of seven contractors of Medellin’s communications secretary began creating 200 fake profiles in May last year, according to one of the contractors who shared the database with the UdeA.

The anonymous source told the university that, according to Gomez, the fake accounts were meant to be used to report other fake accounts that were criticizing the mayor.

That’s not what happened though.

The fake accounts were first used on September 29 to attack a member of the opposition in the city council whose party was talking with former Mayor Sergio Fajardo, Gutierrez former patron.

The second victim was a council member of Uribe’s Democratic Center (CD) party who in October last year said that the former president was the “main obstacle for peace” before being expelled from the party.

Gutierrez’ fake accounts became active again in February to defend Gutierrez’ former security chief who is in prison for ties to local crime syndicate Oficina de Envigado and Uribe who was being investigated over his alleged ties to paramilitary group AUC.

At the same time, the fake accounts began attacking presidential candidate Gustavo Petro, a political rival of both Uribe and Gutierrez.

The fake accounts stopped publishing between March 11, the day of the legislative elections, and April 16, the day that the university called Gomez to ask about the fake accounts.

Gutierrez’ social media chief told the UdeA that he was unaware of the fake accounts created by Medellin’s public relations team and insisted that the city hall “does not use that type of profiles.”

Medellin communications director Jorge Gonzalez that his office “does not use fake profiles” and that such strategy was never approved “in any way.”

Both Gomez and the CD confirmed that Gutierrez’ social media chief also worked for the former president ahead of the legislative elections.

According to Uribe’s party, the work consisted of “designing posts for social media (Instagram, Twitter and Facebook), verifying the quantity and quality of the posts [and] advising on the targeting of ads on social media.”