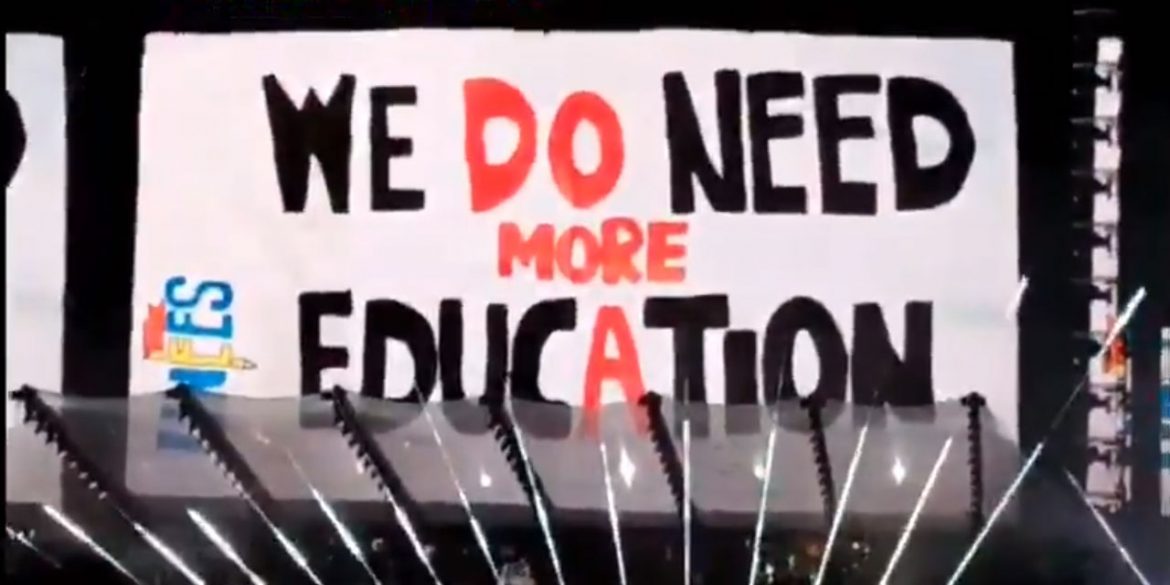 How a Roger Waters gig became a political row in Colombia

What was going to be a normal rock concert of former Pink Floyd singer Roger Waters became a major boost for Colombia’s striking university students who are at odds with the government.

During Wednesday’s concert in Bogota, Waters expressed his support for the students whose marches have been met by police violence.

I’ve had a couple of letters from people from Bogota … one of them actually send me a banner, which I am going to hold up in a second. This student said that the universities here have been on strike, trying to persuade the government to provide free education for all Colombians, no matter how much money their parents have.

The singer subsequently projected a banner of student union UNEES that said “We do need more education” under overwhelming applause.

According to Waters, he met with student leaders “who have been in negotiations with your government … trying to negotiate government money to further education for all Colombians.

The singer slammed President Ivan Duque’s proposal to provide more student loans, rhetorically asked the audience: “you know what student loans mean? Because we have them in the United States where I live. They mean a lifetime of slavery!”

To further exemplify a growing public discontent with the government, many in the crowd embarked on a chant against President Alvaro Uribe, the president’s political patron who is investigated by the Supreme Court on charges related to his alleged involvement in death squads.

“Uribe, paramilitary, the people are fed up!” the audience chanted.

Far-right Senator Maria Fernanda Cabal, a staunch supporter of Uribe, criticized Waters and accused him of promoting “propaganda for rights and not for duties.”

Rock stars, both from Colombia and abroad, have become increasingly influential in the South American country where 10 years ago virtually no foreign artist would perform.

Local rock star Juanes was one of the first contemporary musicians to add politics to his music when he tried to defuse tensions between Colombia and Venezuela in 2008 by organizing a “Peace Without Borders” concert on the two neighbors’ joint border.