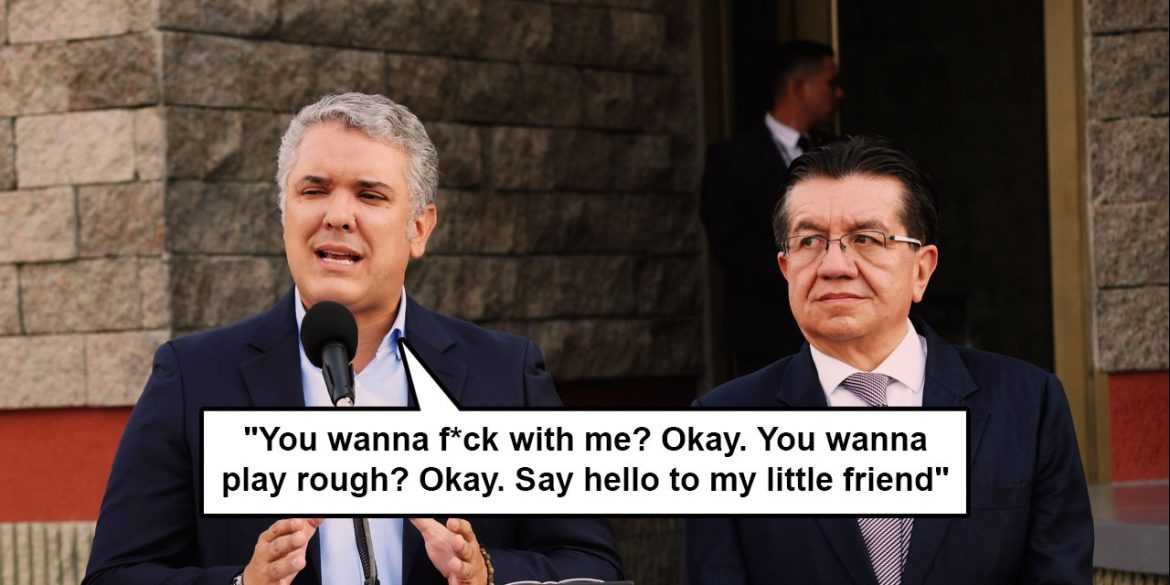 Colombia’s Health Minister Fernando Ruiz has succeeded in turning almost all medical organizations against him as his coronavirus response — as foretold — is turning into a disaster.

In his latest attempt to evade responsibility, Ruiz blamed hospitals for receiving an “economic incentive… to extend the time of care in intensive care units more than necessary”.

The accusations baffled hospital organizations and triggered the Superintendent of Health to almost immediately clarify he received no information that would sustain the minister’s claim.

AMCI believes that the ministry’s statements are unfortunate because, in addition to the pain and uncertainty that the disease brings, it creates a cloak of doubt about the moral, ethical and human integrity of the intensive care workers and a climate of distrust that can negatively impact the timeliness of care and cause an adverse emotional effect and anxiety in the health team.

Other healthcare organizations had already withdrawn their support for the minister over his failures to live up to promises to bolster the healthcare system and protect healthcare workers.

The administration of President Ivan Duque for months has ignored warnings that prematurely lifting lockdown measures could collapse Colombia’s healthcare system and further damage the economy.

Duque and Ruiz initially tried to pretend the healthcare system wasn’t collapsing, but this is also failing and “the worst is yet to come,” according to the National Association of Healthcare Professionals.

The worst of the crisis is yet to come and with the opening of the lockdown it will get worse.

Facing growing accusations of mismanagement, the health minister apparently believed scapegoating the medical organizations would help him evade responsibility for the growing crisis.

And if that wasn’t enough, Ruiz on Saturday decided to pick a fight on Twitter with epidemiologist Zulma Cucunuba of the Imperial College.

Meanwhile, Colombia’s healthcare systems is collapsing, healthcare workers say they are still without personal protection equipment that would allow them to responsibly attend the pandemic and the country is in an administrative chaos.