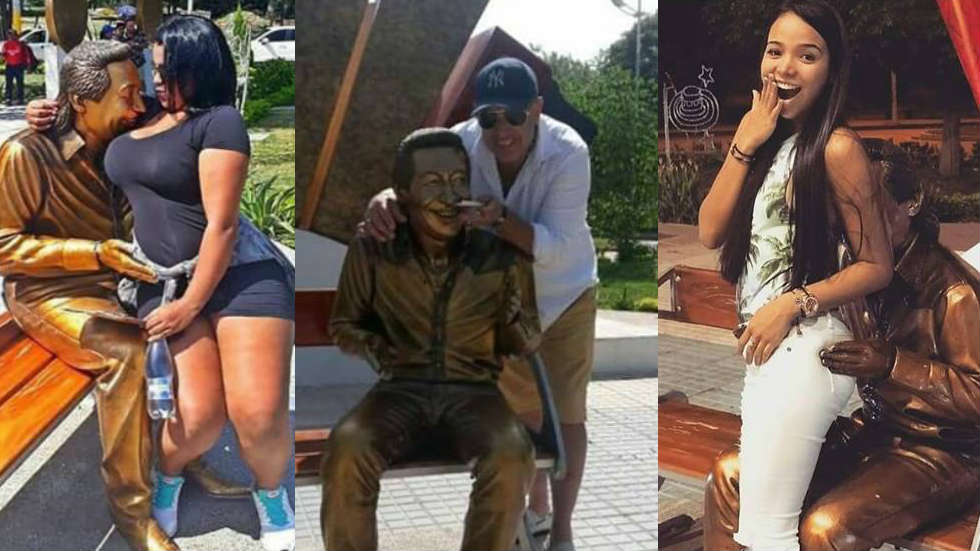 The hard life of the statue of Colombia’s wildest star

The statue of late singer Diomedes Diaz was removed from his bench in northern Colombia after reckless fans damaged the art piece, and stole its medallion.

According to sculptor Jhon Peñaloza, who made the statue of the legendary vallenato performer, fans committed an “attack” on his hommage to “El Cacique.”

Not that Diaz was a saint — he was on trial for murder even — interactive fans are “people with no culture. They come here drunk and lose all sense.”

Seven months after the statue was made public, El Cacique’s medallion of the Virgin Mary has gone missing and the statue was given a fake diamond tooth.

The almost constant abuse of the art piece also flaked the paint that gave the statue it’s distinct golden color.

Following its removal, Peñaloza will try to restore the statue.