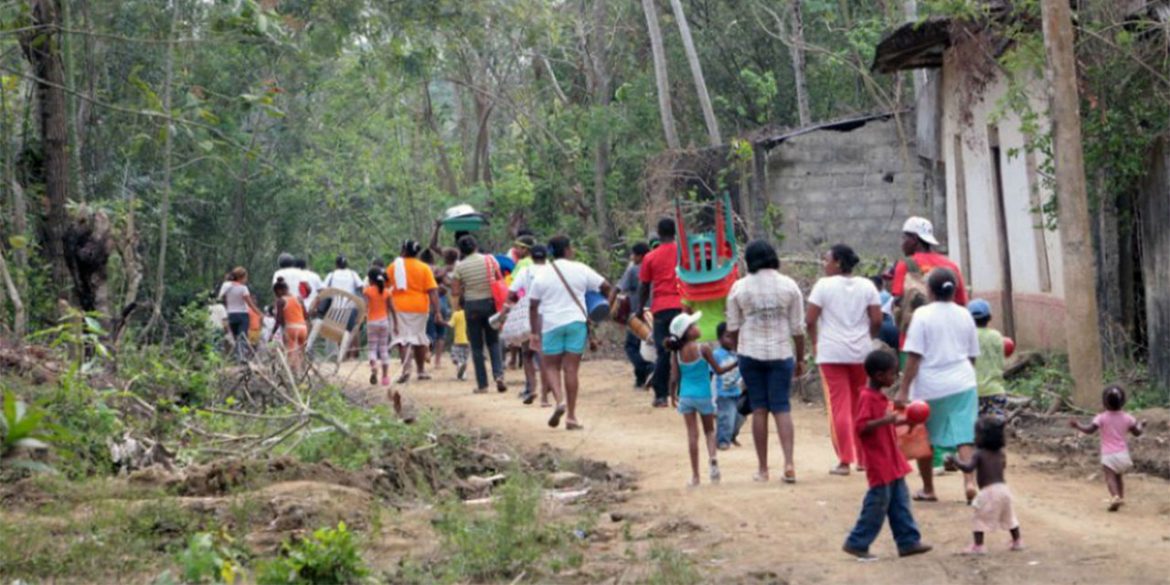 More than 400 people, mostly children, have been displaced in southwest Colombia where two FARC dissident groups are fighting over control, according to the United Nations.

The inhabitants of seven hamlets were forced to flee their homes amid fighting between the so-called “Frente Oliver Sinisterra”(FOS) and the “Gente del Comun,” two rival groups formed by former FARC fighters.

Authorities in the town of Roberto Payan are trying to provide shelter and food to the victims while the rogue guerrillas fight over territory that was abandoned by the FARC when it demobilized last year.

The rival guerrilla groups are two of almost 20 splinter factions that have refused to take part in an ongoing peace process.

While most of these groups have no more than a few dozen members, the FOS is estimated to have grown to some 500 fighters and has taken control of the Ecuadorean border.

The group of Ecuadorean ex-FARC member “Guacho” and the Gente del Comun are allegedly fighting over control of the Pacific region of the Nariño province, one of Colombia’s most important regions for the cultivation of coca, the base ingredient for cocaine.

According to the UN’s refugee agency, among the 432 displaced are 232 children that need “protection, shelter, water, basic sanitation, and food.”

This is partly due to the State’s apparent lack of capacity to assume control over abandoned FARC territory and the fact that many of the displaced farmers’ lands ended up in the hands of wealthy landowners, corporations and demobilized paramilitary chiefs who refuse to return the stolen property.