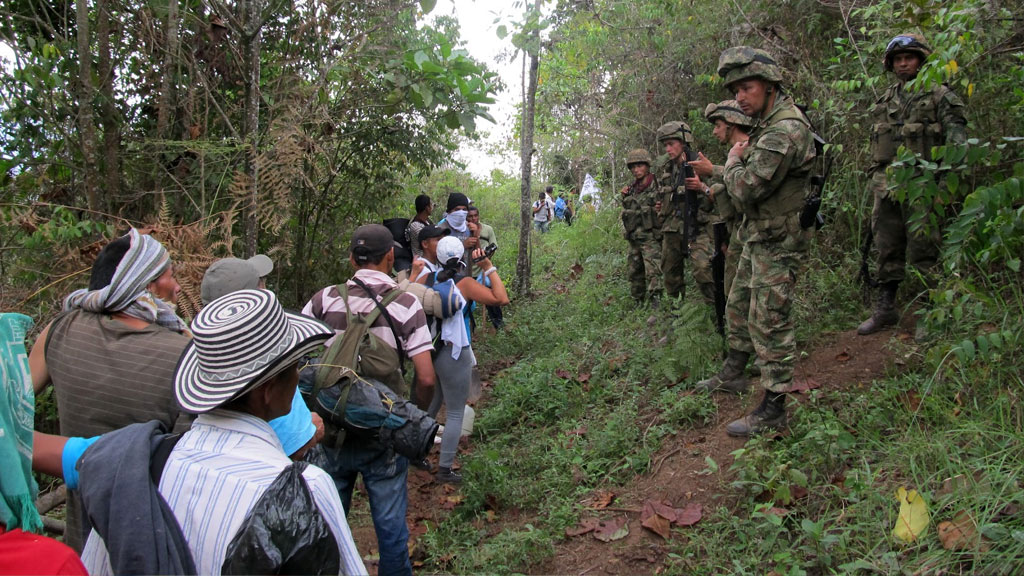 200 displaced in southwest Colombia amid fighting between FARC and Urabeños

More than 200 people have been forced to leave their homes in the southwest of Colombia following violent clashes between FARC guerrillas and the paramilitary successor group “Los Urabeños,” Colombia’s Ombudsman said Wednesday.

The first displacement was registered on February 13 when 130 residents of the Alto Jagua hamlet began leaving the village and relocating to the town of Tumaco, staying with family member in various neighborhoods of the city.

On March 1, another 34 families, or approximately 90 people, arrived in the city from the village located in the department of Nariño.

Authorities reported that the families had received humanitarian aid in the form of food and cleaning supplies from an NGO and that the authorities were now present in the Alto Jagua village.

According to the Ombudsman’s Early Alert System, the violent tension in the Tumaco area started in November and December 2015, when pamphlets threatening violence were circulated through neighborhoods in the city and surrounding rural communities.

For years, the FARC have exercised de facto control in various rural communities surrounding Tumaco and strong influence in some of the port town’s neighborhoods.

Their control over the area’s drug trafficking routes was challenged, however, around 2012 when the Urabeños made a territorial push along the pacific coast, already causing the displacement of thousands.

Of the 120 Afro-Colombian families who live in Bajo Jagua, 83 have left the village due to the most recent clashes.

In a similar situation in Choco last week, at least 400 people were displaced and another 3,000 suffering a humanitarian emergency because of incursions by the Urabeños into leftist ELN rebel territory.

In the three years that leftist rebel group FARC has been negotiating peace with the government, the Urabeños have nearly doubled its territory and has settled in areas traditionally under guerrilla control.

The Urabeños, the main offshoot of the demobilized AUC paramilitary, are Colombia’s largest illegal armed group with an estimated 3,000 armed members.

The Urabeños’ apparent Pacific offensive targeting their leftist rivals comes only weeks before March 23, the supposed deadline for peace talks between the FARC and the administration of President Juan Manuel Santos.