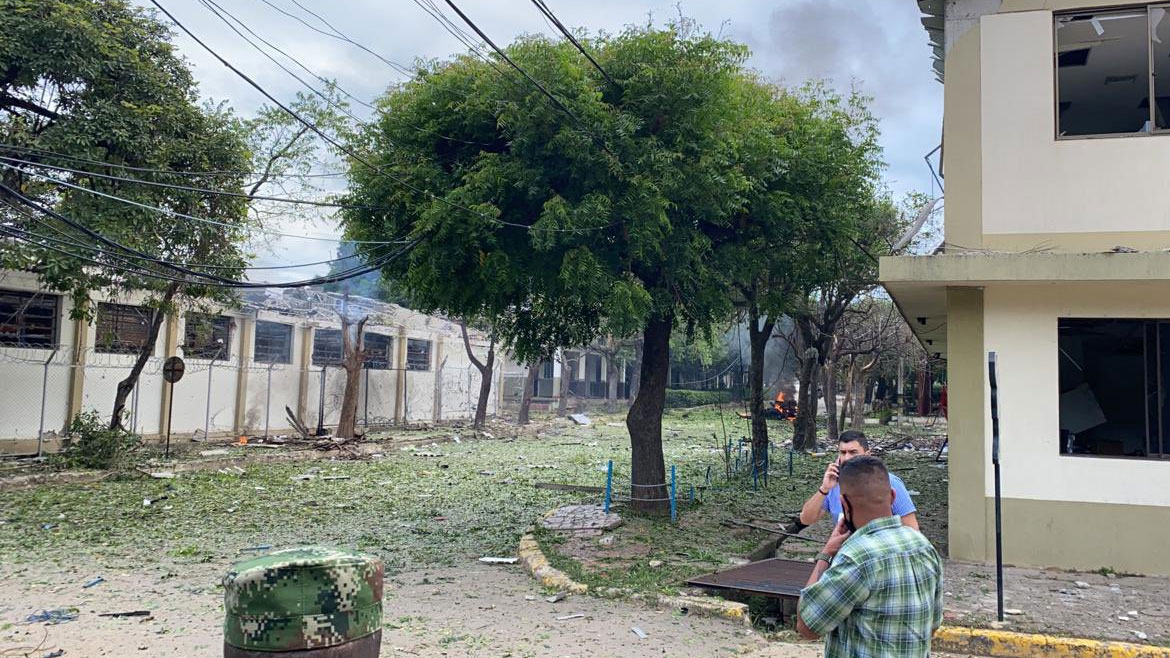 ‘Guerrilla attack’ on military base in northeast Colombia injures 36

Some 36 people were injured on Monday when an alleged car bomb exploded inside a military base in Cucuta, a city in northeast Colombia that borders Venezuela.

President Ivan Duque announced an investigation into the explosion inside the base of the 30th Brigade where a small number of American soldiers were present, according to the US Embassy in Bogota.

In a speech, Duque said authorities began investigating whether guerrilla group ELN or dissident members of the now-defunct FARC guerrilla group are behind the “terrorist attack”.

The president offered a $135 thousand (COP500 million) reward for information that would lead to the perpetrators of the alleged attack.

The US embassy did not confirm the explosion was caused by a car bomb, but confirmed that the Federal Bureau of Investigations would assist in the investigation into the incident.

A recording of which the veracity could not be verified said the explosion was due to an accident.

The confusion about whether the explosion was due to an accident or a car bomb is due to the fact that evidence indicates there was a fire before the explosion and authorities contradicted each other.

Army sources initially told television network Caracol that there were two car bombs, which was contradicted by the US Embassy’s claim that spoke of only one explosion.

The defense minister said that there was one car bomb that exploded twice and that three of the victims were seriously injured.

Previous government claims that guerrillas would be behind anti-government protests have severely damaged the credibility of Duque and Molano.

Disregarding whether the explosion was due to a guerrilla car bomb or an accident, the incident was another major blow for a security forces that have been severely criticized over recent human rights violations.