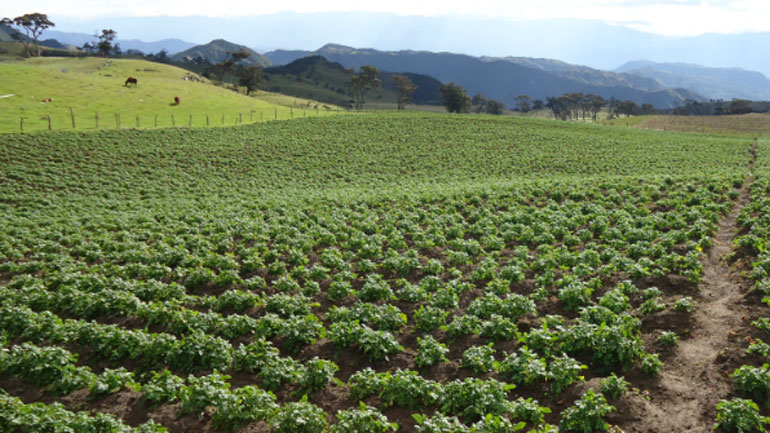 Colombia’s government aims to buy land from private owners and redistribute it among the poor after its 50-year-old war ends, the agriculture minister said Sunday, addressing the root cause of the conflict.

The government has been in peace talks since November 2012 with the Revolutionary Armed Forces of Colombia (FARC), Latin America’s oldest and last insurgency.

The war stems from an uprising in the 1960s by farmers in a country with a gaping divide between rich and poor.

The conflict has left more than 260,000 dead and forced some six million people from their homes.

The land purchase plan was announced by Agriculture Minister Aurelio Iragorri in an interview published Sunday with the newspaper El Tiempo.

President Juan Manuel Santos will present the proposal to Congress, according to the newspaper.

The idea is create a “land bank” for the most needy, the minister said.

A key focus will be to acquire farmland that is not being used — an estimated one million hectares (2.5 million acres) in Colombia.

The government is also devising a way to restore land to people who were forced from their homes and estates in a complex conflict that has involved leftist guerrillas, right-wing paramilitaries and drug traffickers.

Land bought with money from the drug trade will also go towards the “land bank,” which will boast more than two million hectares, Iragorri said.

The peace talks, being held in Havana, have yielded agreements on some issues, such as how to redevelop rural areas and the establishment of a Truth Commission. But a final agreement is not considered imminent.

Iragorri said he hopes the land purchase plan will get underway this year in 10 of the country’s 32 departments.

“We are not talking about expropriation, because one priority is the protection of private property,” the minister was quoted as saying.