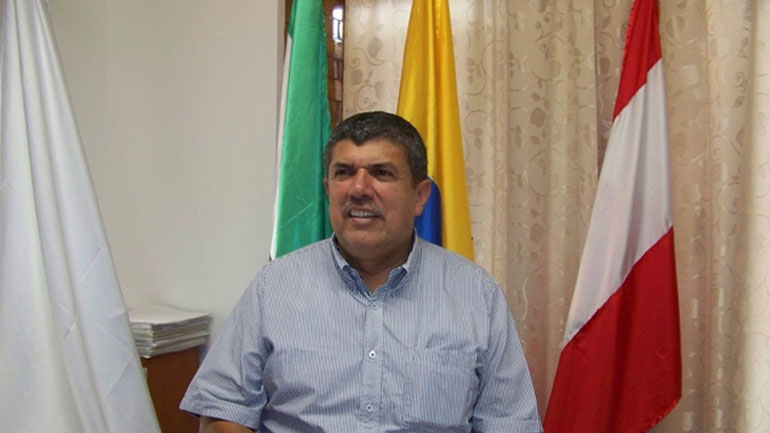 A candidate governor for the Conservative Party in south Colombian was arrested Wednesday on charges he worked together with local drug trafficking groups.

Detained candidate Jorge Coral is running on a Conservative Party ticket to become the governor of Putumayo, a province in the south of Colombia.

Coral was elected mayor of the capital Putumayo, Puerto Asis, in the 2011 locals elections and was a house representative between 1998 and 2002.

However, while mayor he was caught on film being suspiciously friendly with “Gargola,” the leader of La Constru and one of Putumayo’s most wanted crime lords.

La Constru is considered the most powerful drug trafficking organization in Putumayo, maintaining ties with rebel group FARC, the Rastrojos cartel and drug traffickers in Ecuador and Peru that border Putumayo to the south.

Coral is the 10th candidate taking part in the October 25 election to end up in jail ahead of the vote due to alleged ties to organized crime groups. Another 30 candidates have been arrested on charges of election fraud.

This practice became particularly visible during the 2002 and 2006 national elections when the now-defunct paramilitary organization provided both logistical and financial support to the campaign of former President Alvaro Uribe and at least 65 congressmen were elected with the help of the paramilitaries.