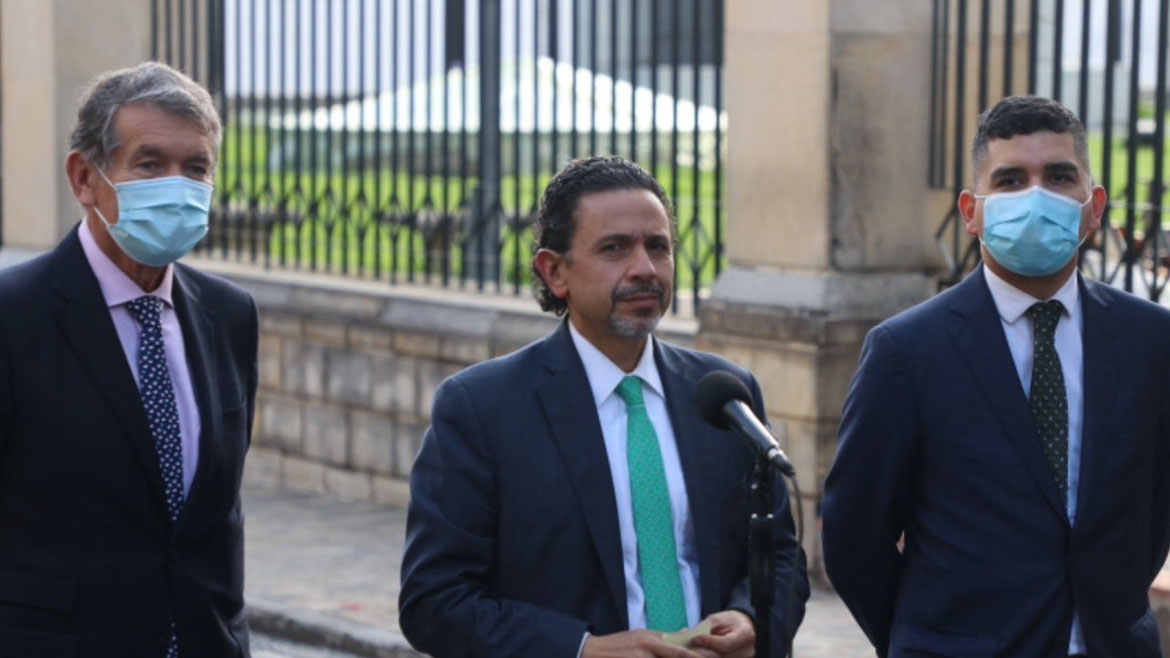 The government of Colombia’s far-right President Ivan Duque said Tuesday that it is willing to negotiate an end to anti-government protests that continue Wednesday.

In a video message, Peace Commissioner Miguel Ceballos said the government accepted to negotiate demands of the National Strike Committee to end the protests that began on April 28.

The National Government, from this moment on, is fully willing to advance a negotiation table with the National Strike Committee, in order to advance in the topics of the agenda that we will agree with the accompaniment of the Catholic Church and the United Nations.

The statement of Ceballos implies a major concession of the Duque administration, which has categorically rejected negotiations since November 2019 when the first strike triggered the country’s largest anti-government protests in more than four decades.

Fabio Arias of labor union CUT, one of the members of the National Strike Committee, welcomes Ceballos’ words as “very positive,” but added that the government has yet to formally inform the social organizations.

This is a very positive thing, but formally we have not been informed about what that table will look like. I only know that this morning they published a video.

The April 28 strike and subsequent attempts to violently repress protests organized by the National Strike Committee triggered protests throughout Colombia that enter their third week on Wednesday.

The violence has killed more than 40 protesters and one policeman, according to the government’s human rights office.

The Search Unit for Missing Persons, a body formed as part of Colombia’s ongoing peace process, said last week that it had received reports that almost 400 people had gone missing during the protests.

The Prosecutor General’s Office contradicted this on Monday, claiming that that “as of today there exist no formal reports of disappearances related to the protests.”

The office of chief prosecutor Fransisco Barbosa, one of Duque’s best friends, said that 227 people who had been reported missing with the Ombudsman’s Office, had all been located.

Barbosa and Ombudsman Carlos Camargo have been under heavy fire over their failure to respond to reports of widespread police brutality and the alleged mass disappearance of protesters.

Foreign governments and human rights organizations have expressed their concern of the security forces’ brutal response to the protests that began largely peaceful.

Whether Ceballos’ commitment to negotiate is sincere remains to be seen. Many in Colombia have lost faith in Duque and his peace commissioner for not honoring made commitments.