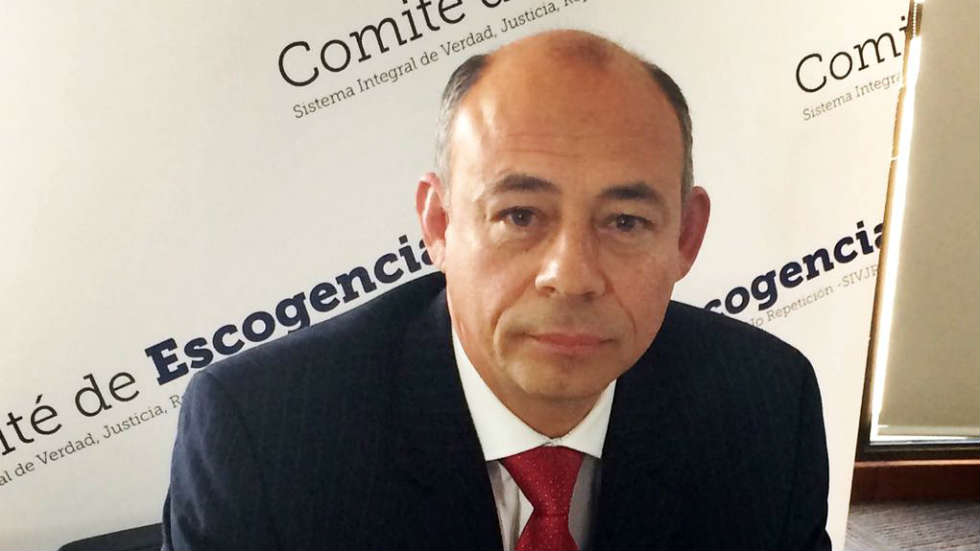 The system’s new prosecutor, Giovanni Alvarez, is not new to the world of war crimes.

In Colombia’s most recent peace process with the far-right AUC paramilitary forces in the mid-2000s, Alvarez lead investigations against the AUC’s Northern Block, a force of 3,500 men that committed thousands of killings and hundreds of civilian massacres in northern Colombia.

As part of that investigation, Alvarez prosecuted infamous paramilitary leader Salvatore Mancuso, at one time second in command to the AUC. Alvarez documented nearly 25,000 crimes committed by the Northern Block under Mancuso’s command, and he managed to have Mancuso charged with 1,423 individual crimes.

Ultimately Colombia extradited Mancuso, along with 13 other paramilitary leaders, to the United States in 2008, interrupting the paramilitaries’ transitional justice process.

As the chief prosecutor for Colombia’s new Special Jurisdiction for Peace (JEP), Alvarez will guide a team of at least 16 prosecutors to investigate and try major war crimes and human rights violations committed by guerrillas, military officials, and civilians during Colombia’s half-century long armed conflict.

Alvarez will have the ability to collaborate and share information with Colombia’s top penal prosecutor, and he will also establish the protocol to protect the health and wellbeing of victims who testify before Colombia’s new transitional justice system.

Giovanni Alvarez was selected to run the Investigation and Prosecution Unit of Colombia’s Special Jurisdiction for Peace  after twenty-two years of experience working with Colombia’s Office of the Prosecutor General.

In 1995 Alvarez received a law degree from the University of Santo Tomás with a specialization in penal law and criminology.

He then went to work for Colombia’s Prosecutor General, acting as a judicial secretary, sectional prosecutor, specialized prosecutor, and as an appointed prosecutor to Bogota‘s high tribunal.

For nine years he worked with the National Human Rights and International Humanitarian Law Unit, carrying out investigations against civilians, military officials, guerrillas, and paramilitaries involved in Colombia’s armed conflict.

Alvarez was then appointed as a prosecutor to the National Unit for Justice and Peace–the name of Colombia’s transitional justice system for the AUC paramilitaries.

“There, I participated in the implementation of a strategy to prioritize situations and cases, as well as uncovering macro-criminality structures–all as the coordinator of the Unit’s top working group,” Alvarez said in his interview with the JEP’s Selection Committee.