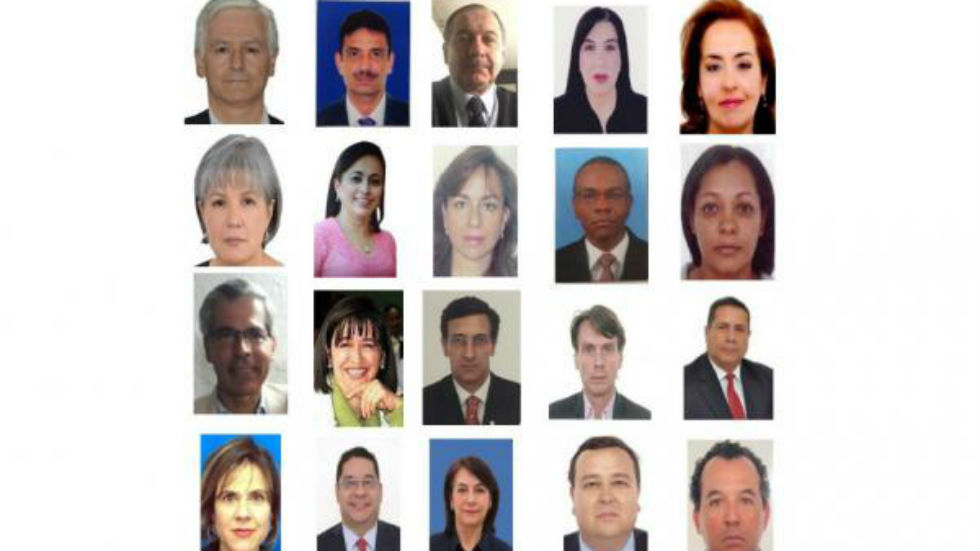 The Selection Committee for Colombia’s new transitional justice system announced Tuesday the names of 51 magistrates who will investigate and try some of the country’s most serious war criminals.

Although Colombia’s congress has yet to pass an important law formally creating the Special Jurisdiction for Peace the judges will sit on, the announcement marks an important advancement in the country’s process to end the 52-year civil war with the FARC.

In an unprecedented step for such a key decision-making body in Colombia, the new judiciary is majority female, with a handful of magistrates from indigenous and Afrodescendant populations, as well as a wide array of career backgrounds represented.

Together the 51 magistrates will sit on the various courts of the Special Jurisdiction for Peace, or “JEP” as it’s abbreviated in Spanish.

The JEP is Colombia’s forthcoming transitional justice system that will investigate and prosecute members of the FARC, military, and police, as well as civilians, who are suspected of committing major crimes like kidnapping, mass murder, sexual violence, torture, and forced disappearance during Colombia’s decades-long armed conflict.

Judges will be responsible for collecting testimony from victims and their victimizers, issuing sentences, and ensuring that victims receive reparations concurrent with the rights violations they incurred.

According to a draft text upon the creation of the JEP, the jurisdiction will operate for ten years, with a possible extension period of five years.

After the Selection Committee presented its final list of judges to President Juan Manuel Santos, the president claimed the magistrates “will have to apply a special form of justice, one that is designed to end conflicts and provide a more reparative and restorative approach to justice, although it also contains aspects of punitive sanctions.”

This decision marks another highly important step, because it is this justice that will allow us to reconcile with each other and ensure that our victims are respected–the best way of ending an armed conflict.

The list of 51 judges includes 20 magistrates who will sit on the Peace Tribunal, the Special Jurisdiction’s highest court, as well as seven alternates to replace those magistrates if need arises.

The list also includes 18 judges who will sit on the three lower courts of the Special Jurisdiction, and their seven alternates.

The law that created the committee to select magistrates for the new transitional justice system required that the magistrates reflect a balanced diversity of gender and ethnicity.

The President of the Special Jurisdiction for Peace, Mirtha Linares, as well as the Director of the Search Unit for the Disappeared, Luz Monzon, are both females as well.

Six magistrates are Afrodescendant, four women and two men, and four of the magistrates come from indigenous communities.

More than half of the judges have backgrounds as academics, and only 26 of the 51 have served directly in the judicial branch or the Prosecutor General’s Office.

Three members of the judiciary come from a military tribunal background, including Coronel Camilo Saurez, who has twice been president of the Armed Forces’ highest court and will now sit on the judiciary of the Peace Tribunal.

The 51 judges were selected by the Selection Committee from a list of over 2,300 applicants.