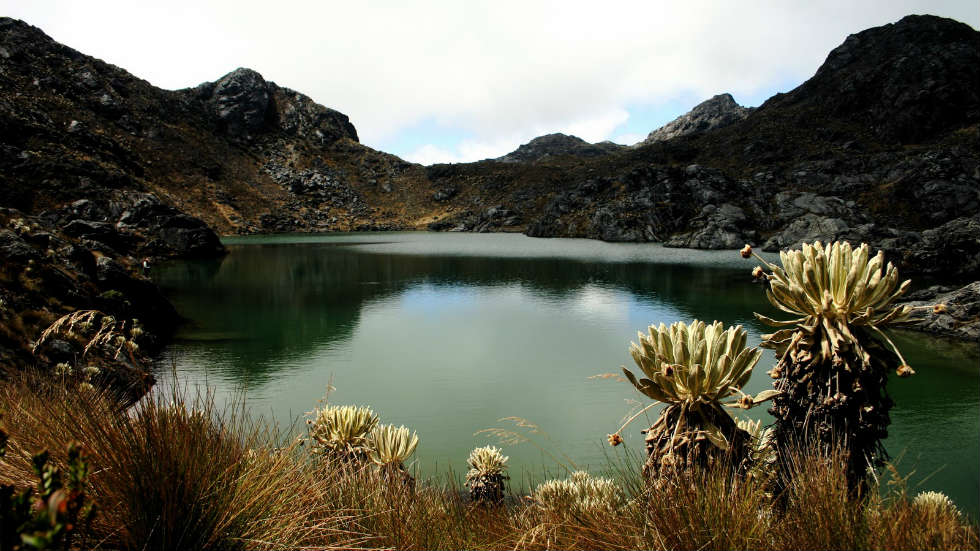 The future of the Santurban paramo in northeast Colombia has become uncertain after the Constitutional Court sank measures against mining in the unique ecosystem.

According to the high court, the decision to shield almost 100,000 hectares from mining activity is invalid as it had failed to consult the local community.

The decision could lead to the suspending of mining activities near the protect areas, but could also lead to the resumption of mining operations inside the nature reserve on the border between Santander and Norte de Santander.

The 140,000-hectare paramo located on Colombia’s most eastern mountain range of the Andes provides the water of more than 2.3 million people in the northeast of the country.

It is also famed for its rich biodiversity and unique ecosystem.

Mining companies from Colombia and Canada want to mine for gold in the resource-rich area, but are opposed by locals.

The Santurban paramo is filled with lagoons. (Image credit: Wikipedia)

The limits imposed by the government banned the exploration of an area acquired by Canadian mining company Eco Oro.

The mining project of a local company, Minesa, was allowed to continue after it fell outside the protected area imposed by the government.

The future of both these projects is now uncertain as the area that enjoys protection measures could become either bigger or smaller.

Until there is a legal limitation, the environment and mining ministry must execute a clean-up in the area, removing all traces of mining in the full 140,000 hectares of the paramo.