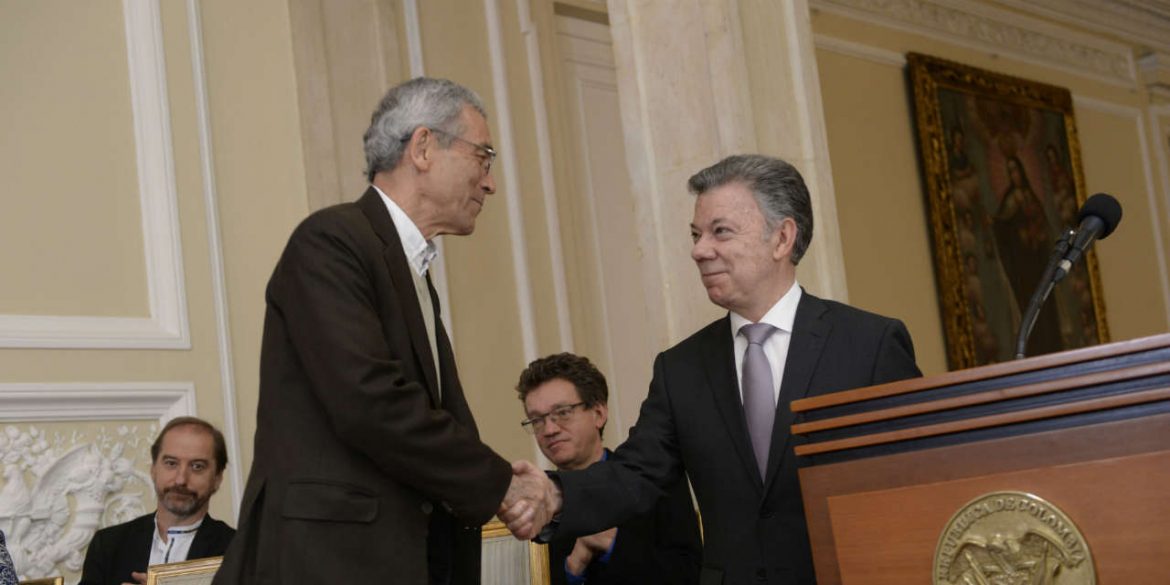 The president of Colombia’s Truth Commission, Francisco de Roux, is a highly respected Jesuit priest who has been working with the country’s war victims for decades.

The role of De Roux is similar to that of archbishop Desmond Tutu, who led a truth and reconciliation commission in South Africa after 1996,  two years after Apartheid.

Like in South Africa after Apartheid, Colombia’s decades-long armed conflict between the state and the FARC has left countless victims and tens of thousands disappeared.

The general population has been deeply divided about the peace process in general and the Truth Commission specifically.

We must understand that the country is experiencing a deep social and cultural trauma that polarizes us.

De Roux’s commission members have been challenged by the country’s hard right and the military, “because they have belonged to Army and Police detractor organizations,” according to military association Acore.

Half a century of victimization

The Truth Commission president told newspaper El Tiempo he comprehends the distrust after decades of injustices and almost absolute impunity.

In Colombia there is a lot of suffering, a lot of pain, a lot of indignation on all sides.

De Roux said he will seek talks with Acore and other critics of the commission to gain trust in the institution in charge of finding out the truth about tens of thousands of human rights violations.

Many parties have been involved in all kinds of human rights violations in the 52 years of armed conflict that have left 8 million victims.

We will seek the truth of the victims, the depth of the pain and suffering that has happened everywhere; in all corners, in all social groups and all levels of society.

The president of the Truth Commission stressed to Cali newspaper El Pais that the purpose of the investigative body is not “to declare who is guilty,” but to understand the conflict.

The Commission is here to invite us to a collective understanding of what really happened to us and why we came to the barbarism the country was deeply involved in.

Colombia’s armed conflict between the FARC and the state began in 1964, but was preceded by countless periods of political violence.

The ELN, the last standing guerrilla group, began its first ever bilateral ceasefire with the state last month while negotiating a peace deal.

De Roux is from a prominent family from the Valle del Cauca province who has been studying armed conflict and working with victims in Colombia since the 1980s.

After studying literature, philosophy, economy and theology, the devout Catholic became a conflict researcher at the Popular Investigation and Education Center (CINEP), a Jesuit think tank.

Three of the programs he helped develop have been awarded the national peace award.