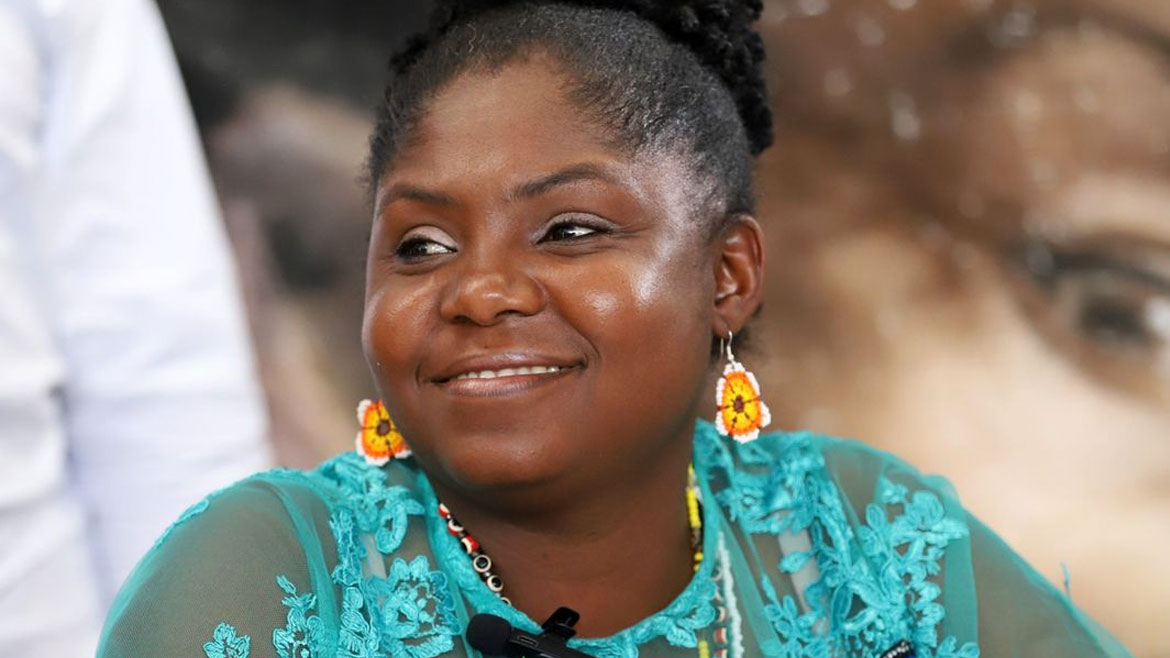 Francia Marquez is Colombia’s first black female vice-president-elect and a renowned defender of women’s rights and the environment.

Before the 2022 elections, Marquez was mainly known for her defense of ethnic minorities and the environment in southwestern Colombia.

The outspoken social activist in 2018 won the prestigious Goldman Prize for her environmental activism, and her opposition to mining in her native Cauca province in particular.

Marquez was born on December 1, 1981 in La Toma, a hamlet in northern Cauca where ethnic minorities make up the majority of the population.

The region is one of Colombia’s most coca growing regions with a history of extreme levels of violence due to the presence of illegal armed groups .

Marquez began defending her territory when she was 13 and her community opposed plans to build a hydroelectric dam near the family home. 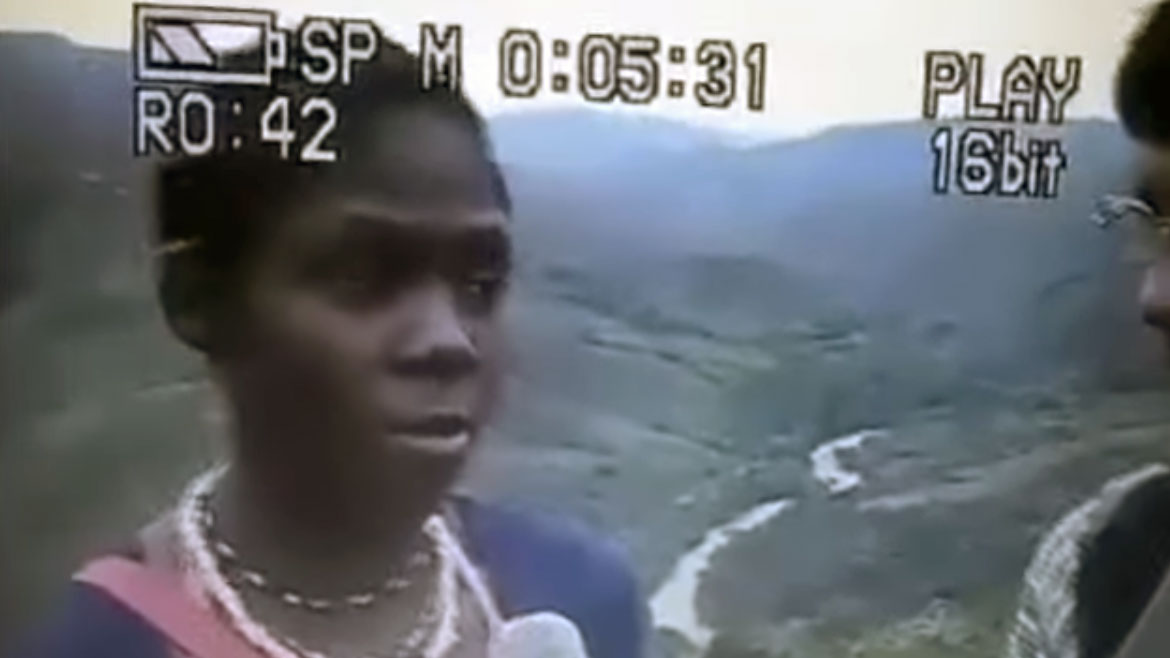 The presidential candidate became a single mother at 16 and initially worked as an artisan miner in northern Cauca and as a maid in Cali, the nearest city, to maintain her family.

As her community’s formal representative, Marquez led protests against the forced displacement of communities from the region to make place for mining projects, including one of multinational mining company AngloGold Ashanti.

Multiple paramilitary groups from the region declared the community leaders a “military target because of their opposition to the mining projects.

The communities were able to expel the mining companies in 2010 after taking their mining plans all the wat to the Constitutional Court.

Marquez began studying law at the public university in Cauca in 2014, but was forced to flee the region after a protest against illegal mining her northern Cauca triggered death threats from the paramilitaries. 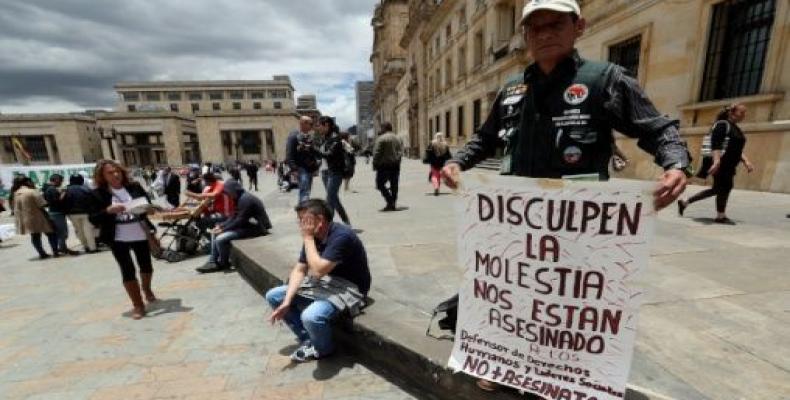 Man holding up sign that says “Sorry for the inconvenience, they are killing us.”

Meanwhile, Marquez assumed a leadership role in protests about the violence against community leaders in northern Cauca, and began lobbying for ethnic minority rights in development processed both nationally as internationally.

The social leader was awarded the National Human Rights Award in 2015 and the Goldman Prize in 2018.

Santos and the FARC signed peace in 2016 and committed to the reparation of conflict victims, special protection for social leaders like Marquez and the respect for the rights of ethnic minorities. 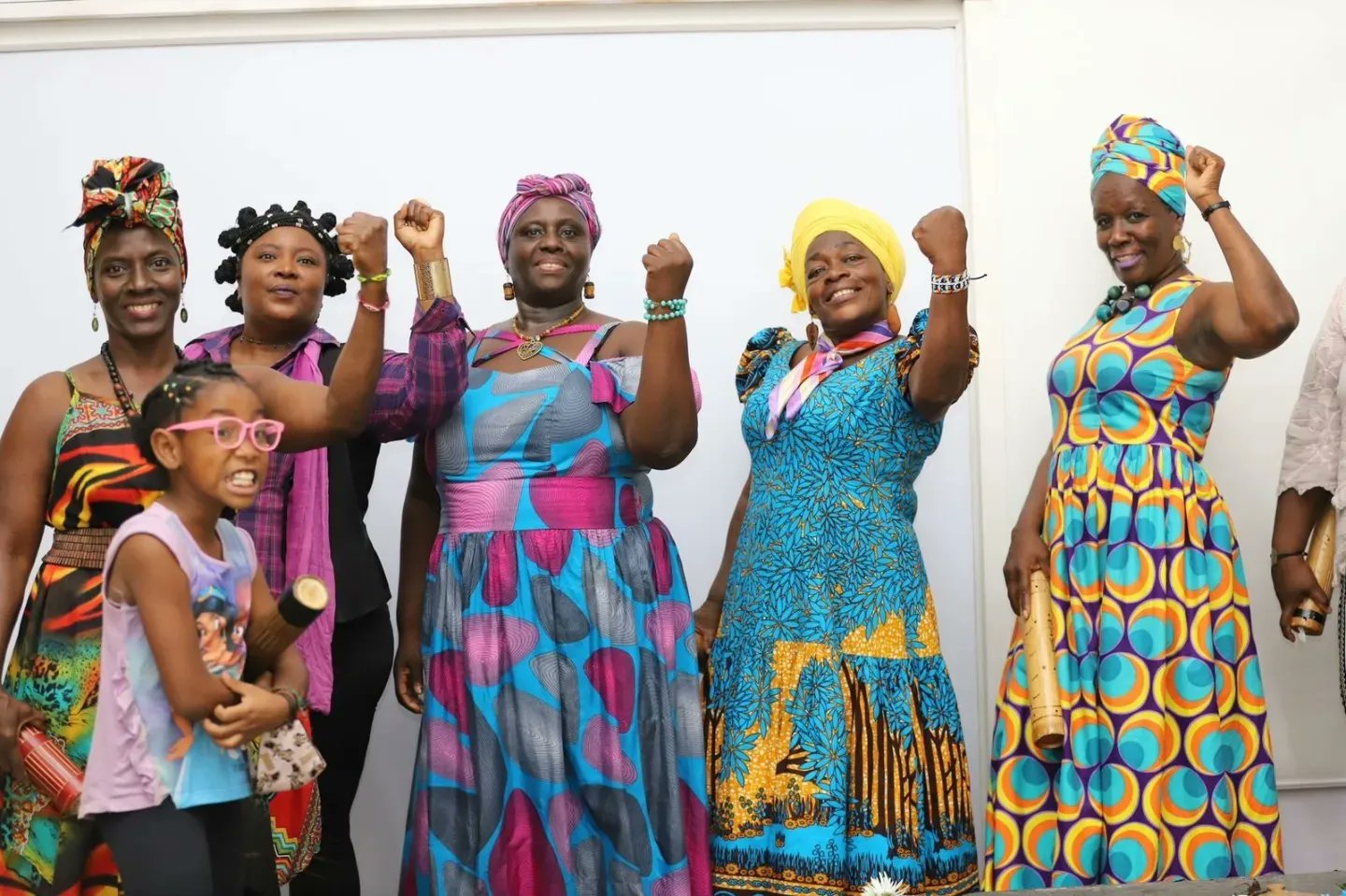 Marquez supporters during a campaign event in Cali

Marquez unsuccessfully ran for the black minority seat in the House of Representatives in 2018 and survived an assassination attempt in northern Cauca while discussing pending negotiations with the government of President Ivan Duque in March 2019.

The social leader finished her law degree in 2020 and announced her candidacy in the 2022 presidential elections.

Marquez announced that she would run for president with the endorsement of social-democratic party Polo Democratico as part of the newly founded “Historic Pact” coalition.

The social leader’s candidacy turned out to be a major success in March 2022 when she received almost 800,000 votes, more than senior politicians like former Medellin Mayor Sergio Fajardo.

During the campaign, the vice-presidential candidate was able to dominate the public debate by declaring herself the representatives of the “nobodies” who want to be “living nicely.”

The living nicely concept is a contemporary philosophy that developed among black minority communities that were ravaged by violence in the Pacific region.

Marquez additionally embarked on a major offensive for women’s rights.

While on campaign, the candidate received at least three death threats from far-right group “Aguilas Negras” and gained major support among women.