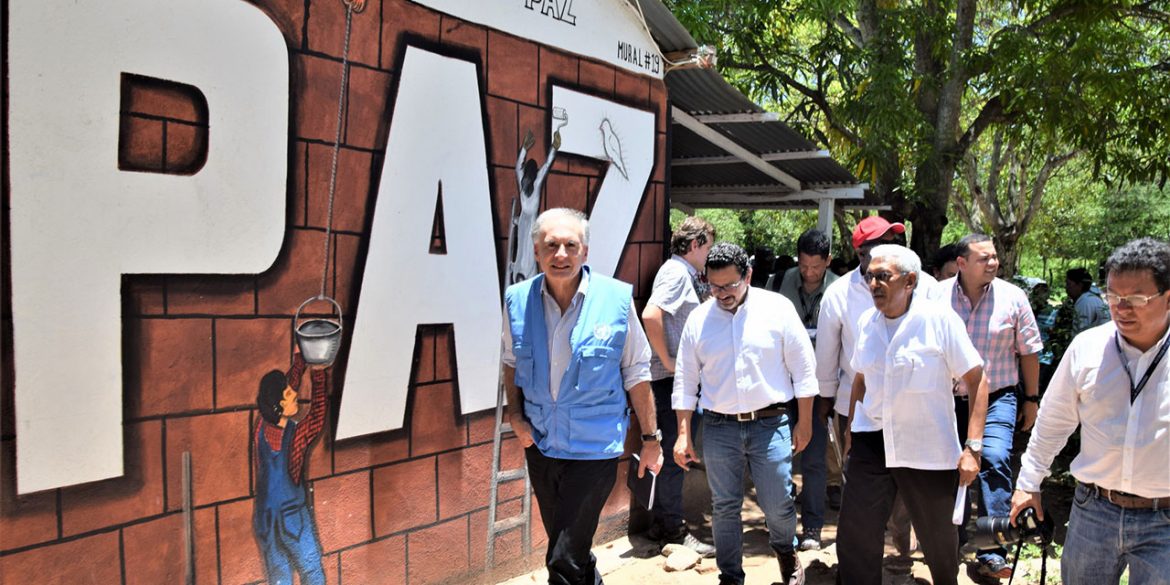 France’s embassy in Colombia confirmed Wednesday that the European country will contribute $137,000 to the reintegration of former guerrillas taking part in a peace process.

The money will go towards a United Nations development initiative which the French Embassy in Colombia says will help 500 ex-combatants and their families develop commercial initiatives like bakeries, fish farming and cattle farming.

“The idea is for the FARC guerrillas to create new opportunities for them to refind civil life,” Pauline Younes of the French Embassy told Colombia Reports. “For them to learn to do something that is not war.”

After former President Juan Manuel Santos and the FARC signed peace two years ago, the Colombian government created camps to reintegrate demobilized guerrillas into society and their communities.

This process, however, has been riddled with delays and failures, spurring many former FARC fighters to abandon their camps, either to go home or join dissident groups.

The UN previously called the Colombian government’s reintegration efforts “deficient” and warned that their failures pose a risk to society and threaten the process that seeks to end more than half a century of armed conflict.

“If you don’t reintegrate the fighters then there is a strong chance that they will go back to something worse, even if they’ve given up their weapons,” said Andrew Gilmour, the UN deputy human rights chief, last year.

The contribution announced by Ambassador Gautier Mignot will help push forward UN efforts to support the peace process, which has been thrust into uncertainty after the election of President Ivan Duque, a critic of the 2016 peace deal.

This week the UN Security Council unanimously called on Duque to “renew momentum behind implementation of the Final Agreement” with the FARC.

“The successful reincorporation of the FARC in its economic, social and political aspects is one of the critical elements for the consolidation of peace, as well as one of the great challenges facing Colombia today,” said Martin Santiago Herrero, Resident Coordinator of the UN in a press release.

Leaders of the FARC political party, which was established following the peace deals, echoed that call for the President to move forward on peace talks.

This is not the first time the South American country has received international support the troubled reintegration efforts. In 2012, the international community announced to would dole out $1.5 to “support reconciliation programs.”

“The international community closely follows the implementation of the peace agreement,” wrote former FARC guerrilla and peace advocate ‘Pastor Alape.’ “We work to #FufillThePact and we hope that the Colombian state does the same.”