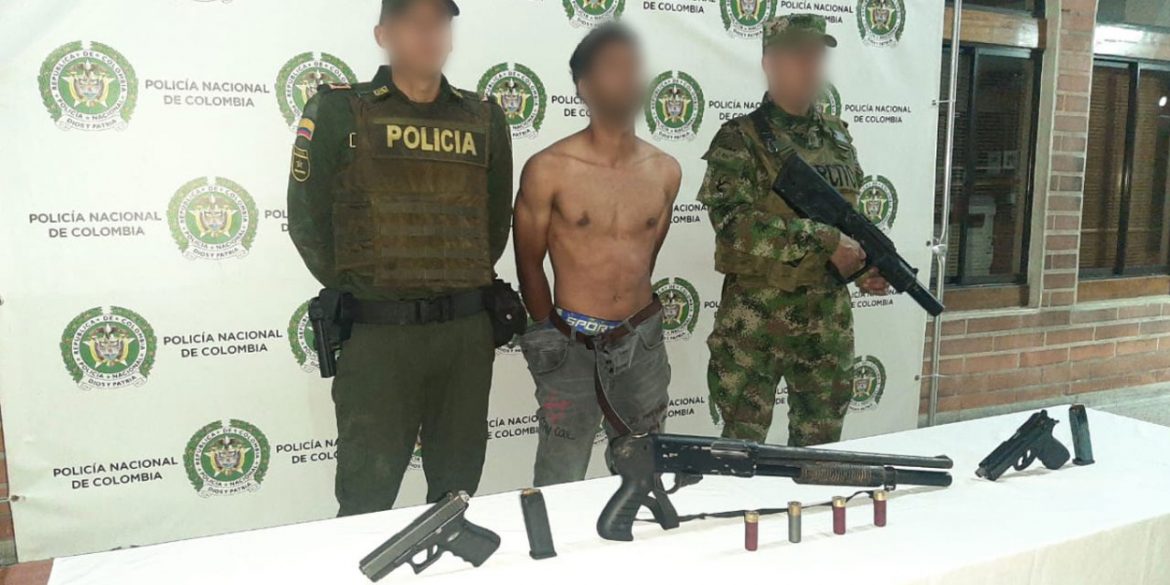 Four people died in a massacre in Medellin on Saturday after armed men opened fire at a corner store.

The massacre took place in the Antonio Nariño neighborhood in Medellin’s western 13th District that has been disputed for years by gangs aligned to local crime syndicate Oficina de Envigado and paramilitary group AGC.

According to Medellin’s security secretary, three men on a motorcycle arrived at the corner store and opened fire indiscriminately at three men watching a football game and a woman selling fast food.

One of the victims died on the spot. The others were taken to the nearest hospital where they died of their injuries.

According to local newspaper El Colombiano, one of the victims had been convicted for bribery and fraud.

The police said that they believed that the massacre was related to a dispute between rival gangs who would be vying for control over the neighborhood.

One of the alleged assassins was captured and later presented to the press with two revolvers and a shotgun. According to Colonel Omar Rodriguez of the Medellin police department, the two other participants in the massacre have also been identified.

All three suspects would be members of “La Agonia,” a gang with reported activity in both the 12th and the 13th district, and reportedly has been involved in a turf war with other gangs, “El Coco” and  the “Peñanitas.”

The massacre is the first to occur in Medellin in a year and followed a steep drop in homicides in the second half of 2019 after an alleged ceasefire between rival factions within the Oficina, which has controlled much of the city’s illicit economy since the group was the local enforcer army of the Medellin Cartel.