The former security chief of Colombia’s Supreme Court was sentenced to seven years in prison for spying on the court at the orders of the government of former President Alvaro Uribe.

The court’s former security chief, Jose David Garcia, admitted he helped plant recording devices inside the court in 2007 that allowed now-defunct intelligence agency DAS to spy on the court.

The spying was part of an elaborate plot of the Uribe administration (2002-2010) to discredit the Supreme Court that was investigating the ties between Uribe’s allies in Congress, the president’s cousin and demobilized paramilitary group AUC.

The conspiracy, however, was discovered in 2008 and led to the incarceration of Uribe’s chief of staff and multiple intelligence executives. 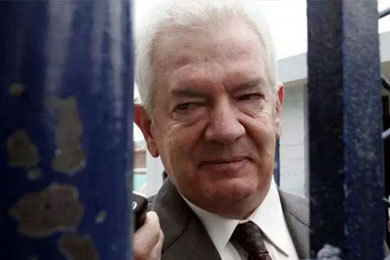 Despite the efforts to frustrate the trials, former Senator Mario Uribe and more than 60 other congressmen were sentenced to prison for colluding with the paramilitary organization in order to get elected in the 2002 and 2006 elections.

The DAS was dismantled in 2011 because of the scandal and the close ties between the directors appointed by Uribe and the AUC.

Why the Uribe administration ordered the spying

Uribe played a key role in the formation of many of the paramilitary groups that would form the AUC when he was governor of the Antioquia province between 1995 and 1997.

The United States designated the AUC, which is held responsible for murdering 100,000 civilians, a foreign terrorist organization in 2001.

Following Uribe’s election in 2002 and the paramilitary pawns’ election to congress, the AUC agreed to demobilize, which it partially did between 2003 and 2006.

After their demobilization, prosecutors began finding evidence of the paramilitaries’ ties to Colombia’s political elite, the security forces and the private sector, causing the so-called “parapolitics” and “para-economics” scandals. 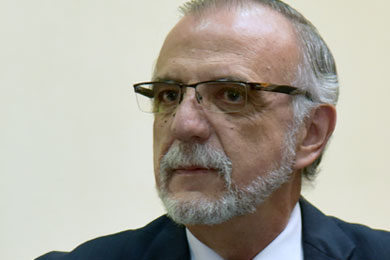 Because congressmen can only be investigated by the Supreme Court, the high court appointed magistrate Ivan Velasquez to investigate, creating major tensions between the court and the government that saw ally after ally disappear behind bars.

In response, the Uribe administration and the DAS engaged in multiple conspiracies with several former AUC members in an attempt to the disrupt the investigations, but largely failed.

The story isn’t over

Multiple former AUC commanders have requested to be allowed to continue to testify before the Special Jurisdiction for Peace (JEP), the war crimes tribunal that came into force last year as part of a peace process with the FARC.

According to several former paramilitary chiefs, their extradition and other attempts to silence them have prevented the demobilized AUC bosses from revealing all their ties to the security forces, the prosecution, the private sector and politicians.

Uribe’s protege, President Ivan Duque, and Uribe’s newly-formed Democratic Center party are trying to prevent this, but whether they will succeed remains to be seen.