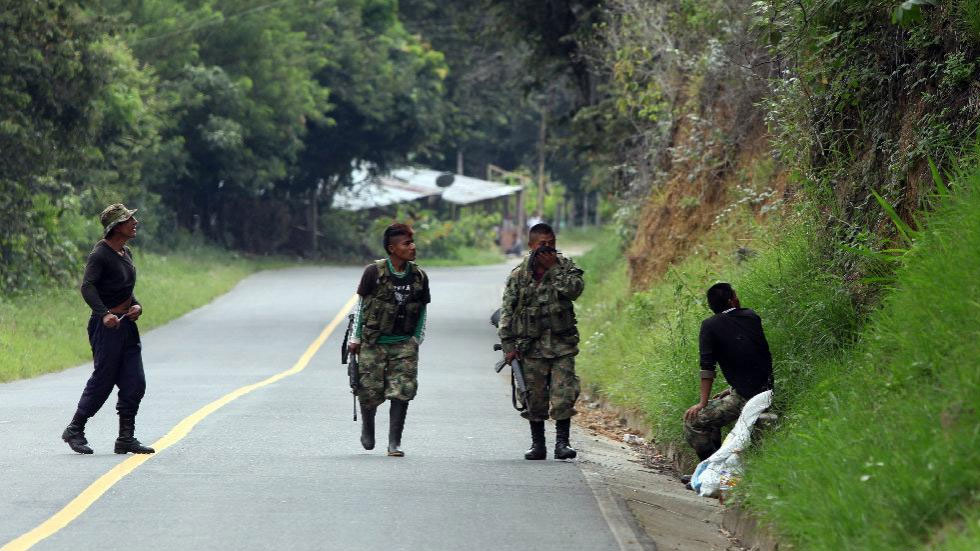 Three Americans, one Spaniard and one Frenchman were forced to spend three days with dissident FARC guerrillas in Colombia’s eastern Amazonian region where they were kayaking.

The release was confirmed by the US Embassy in Bogota on Sunday in a short press release, in which the embassy said to “share the relief of knowing that five tourists, including three American citizens have returned without novelty.”

According to the GAULA, Colombia’s anti-kidnapping and extortion unit, the tourists had been kidnapped by dissident FARC guerrillas active in the Vaupes province where the incident took place.

The tourists “were carrying out extreme sports activities at the Jirijirimo torrent near the Apaporis river” when they were met by armed men, the Gaula specified.

One of the tourists, American Ben Stookesberry, even revealed the location of his group’s encounter with the FARC dissidence on Twitter on Tuesday.

729km down the Apaporis at dinner in the Mangroves. Downstream is a potential dissident FARC check point we are o… https://t.co/QwQPwx6eb9

When we met with these armed people they let us free for two days and later they invited us to stay in their encampment while they verified our identities.

Following their three-day stay with presumably the “Acasio Medina” front, the tourists were allowed to move on. After finding an indigenous river community in Buenos Aires, Amazonas, they were able to report themselves as safe.

The seasoned kayakers seemed hardly impressed with their encounter with the guerrillas.

“It’s a very small group, very remote and they don’t have much power,” Domine told RCN of the group that traditionally has been in control of the lucrative coltan mines in the area.

“When they finally allowed us to go where we wanted to to the only condition was we left our GPS and other electronic equipment because it could put them in danger of detection,” the Frenchman said.

The tourists’ encounter with the obscure dissident FARC front is the first incidents involving foreigners and guerrillas who refuse to take part in the FARC’s ongoing demobilization, disarmament and reintegration program that started in December.

Apart from the six of approximately 50 former FARC fronts, there have been reports of other small dissident groups, often comprising no more than 50 members.