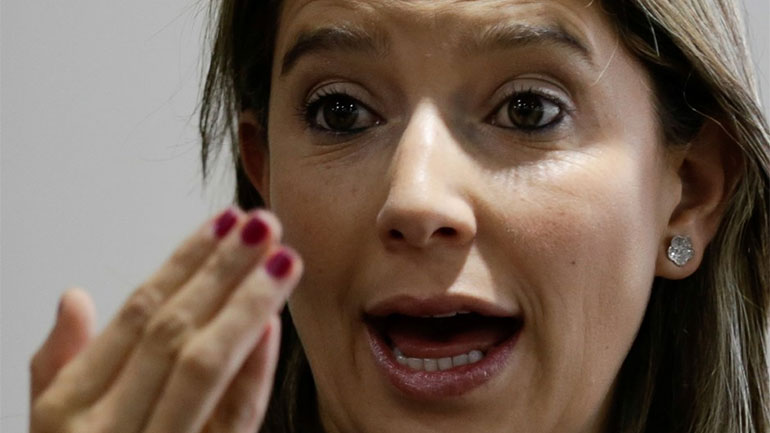 Cristina Plazas, the director of Colombia’s child welfare agency, was supposed to get married on Friday, but didn’t because her fiance spent the intended wedding day in custody on corruption charges.

The personal embarrassment of Plazas is the latest in an ongoing series for the director of the government agency ICBF that is in charge of the welfare of children, thousands of whom have died due to malnutrition in the past few years.

According to the prosecution, Plazas fiance, Eduardo Benavides, used his influence to illegally obtain a major ranch that had been seized from “Mickey,” a former associate of drug lord Pablo Escobar.

The director of the government agency that is responsible for control over assets seized from alleged drug traffickers is in prison because, rather than selling the properties and delivering this money to Colombia’s treasury, his agency had become a real estate piñata where friends were able to cheaply obtain property through fraud.

Benavides was released at 4AM Saturday morning after more than a nine-hour bail hearing where the suspect successfully reclaimed his liberty for the duration of the charge based on the argument he was no danger to society.

Moreover, Benavides’ defense attorneys said the property was never in the hands of the disgraced DNE agency, but was acquired from Spanish bank BBVA, which had lent the money to the Medellin Cartel capo.

According to the defense, the company Benavides was owner of bought Mickey’s debt with the bank in order to obtain the property.