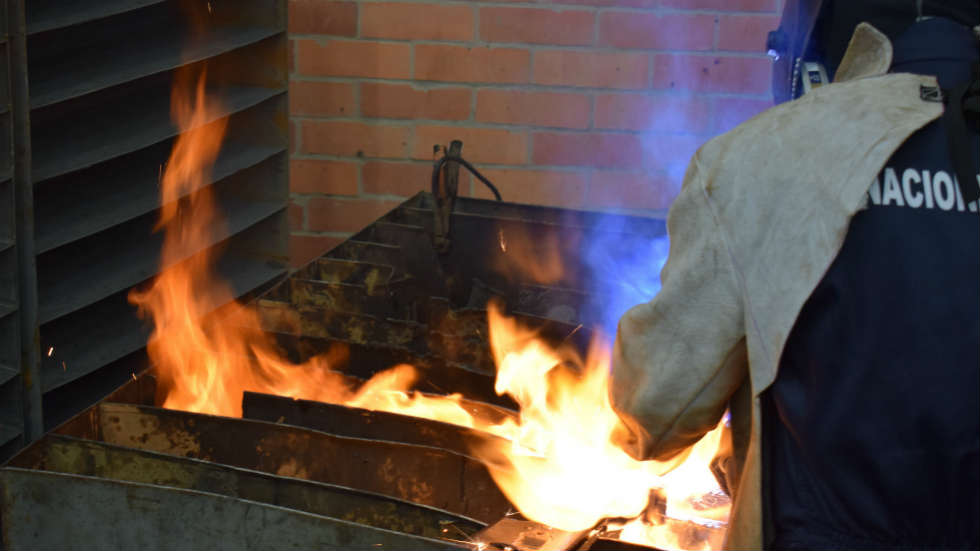 The United Nations reported Friday that it had destroyed all surrendered weapons of Colombia’s demobilized FARC rebels and that more than 1,100 weapons caches had been retrieved.

According to the UN, which oversaw the FARC’s disarmament, 8,994 weapons and more than 38,000 kilograms of explosives were decommissioned or destroyed by the international observers.

The Colombian military had retrieved 351 weapons caches on top of the 750 found and destroyed by the UN, according to the international observers.

With another 257 weapons caches left for the security forces to pick up, this means the former guerrillas had at least 1,358 hideouts for weapons in the countryside, some 50% more than initially estimated by the FARC leadership.

The last of the guerrillas’ surrendered weapons were destroyed on Friday in a ceremony attended by President Juan Manuel Santos.

The seized weapons were not melted but decommissioned, so they can be used for three commemorative sculptures.

One of these sculptures will be located in Bogota, one in the United Nations’ main office in New York City and one in Havana, Cuba where the peace talks were held between 2012 and 2016.

Since abandoning their weapons, the FARC has become a political party.

Thousands of its members are expected to be called before a transitional justice tribunal for crimes against humanity committed during the 53-year-long armed conflict.