Colombia’s Supreme Court should continue investigating former President Alvaro Uribe in my opinion, which I suggest you discard as rubbish.

I disagree with Uribe supporters, who believe the former president’s case should be transferred to the prosecution, claiming the Supreme Court refuses to grant the former Medellin Cartel associate a fair trial and is no longer the designated body to try Uribe after he resigned from the senate.

I believe Uribe is lucky he wasn’t thrown in jail and agree with opposition Senator Ivan Cepeda, who believes the Supreme Court should continue the fraud and bribery case as the leader of the far-right Democratic Center party allegedly committed his crimes as Senator.

All these opinions, especially mine, ought to be discarded as rubbish as justice is not a matter of opinion, but a matter of following the rule of the law. 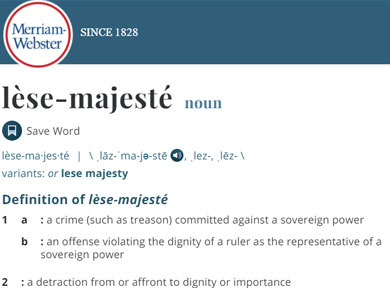 The Uribe debate has taken this curious turn because crimes allegedly committed by “privileged” suspects like congressmen and governors are a matter of the Supreme Court instead of an ordinary court.

This allows “privileged” alleged criminals to request prosecution before a lower court if they feel they are less likely to get away with crime before the Supreme Court.

I believe this judicial privilege is nonsense, the same way I believe the US justice system’s use of juries, and repressive laws on the consumption of alcohol and drugs are nonsense.

In the Netherlands, I can go to prison for four months if I were to call the king an “asshole,” which is less than in Spain where such insults can get you life imprisonment if you’re dealt the wrong judge, something I also consider nonsense.

Every country has its laws we may find nonsensical, but simply must abide by unless we want to accept the legal consequences or until legislators change those laws.

A million opinions for every law 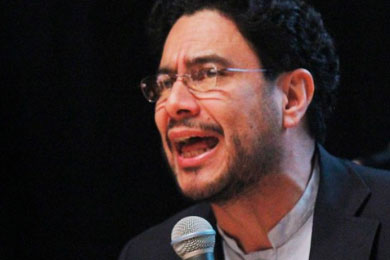 Uribe and his followers have proposed to change the law to benefits their “eternal president,” which would be perfectly reasonable had it not been for the fact that legalizing fraud and bribery is as likely to make it through Congress as my proposal to legalize drug trafficking.

This means that Uribe’s supporters, Cepeda and myself can have a million opinions, hold Facebook polls or even hold protests, none of which serve any purpose other than pressuring the legislative branch, the Supreme Court couldn’t care less.

The Supreme Court will decide to transfer his case to the prosecution based on whether the former president’s alleged crimes were related to his position as a senator, which is a matter of interpretation.

One could argue that no crime committed by a senator not strictly related to his legislative duties would fall under the Supreme Court’s jurisdiction, which is fair.

Another could argue that Uribe committed his alleged crimes in response to a congressional debate and was engaged his senatorial aides in his criminal activity, which is also fair.

There is only one rule of law

The decision of Uribe’s fate ultimately lies with the Supreme Court.

The Democratic Center is clearly trying to discredit the court to save whatever is left of their sad excuse for a political party, Cepeda is trying to counter this attempt and so am I.

The Supreme Court will decide whatever it pleases based on existing laws and legal precedence, and we will have to accept whatever is decided whether we like it or not.