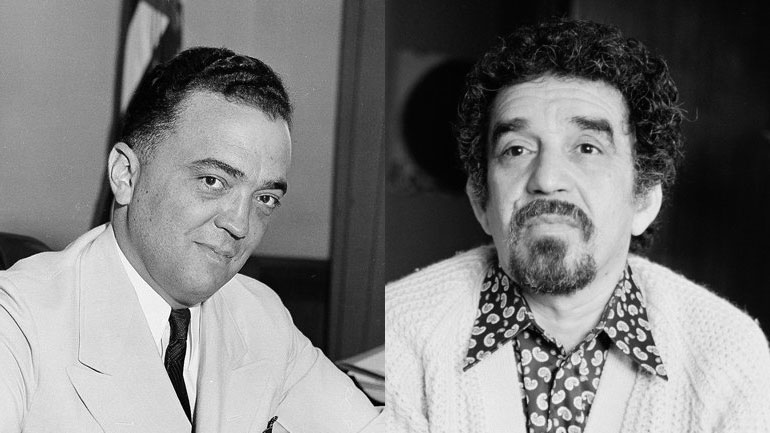 The FBI spied on the late Colombian Nobel laureate Gabriel Garcia Marquez for 24 years, according to recently unclassified documents obtained by the Washington Post.

According to the newspaper, the federal police agency began spying on Garcia after he arrived in New York for a brief stay in 1961 and didn’t stop spying on him until 1985, well after the Colombian writer had been awarded a Nobel Prize for Literature for his most famous novel, One Hundred Years of Solitude.

According to the Post, the released 137 pages of an at least 270-page file left unclear why the FBI began spying on the author. However, in the year the FBI began its spying practices Marquez helped found the still active press agency, Prensa Latina for Cuba, which had been overtaken by communist dictator Fidel Castro only two years before.

Additionally, the writer had helped stage a Communist-backed coup in Venezuela in 1958 when working in that country as a journalist.

In the same year that Garcia arrived in New York City, the Central Intelligence Agency supported the Bay of Pigs invasion during which 1,400 Cuban exiles landed on Cuban shores in the hope of overthrowing the newly installed Communist government.

According to one of the first entries in the Garcia file, dated February 8, 1961, an order that appears to have come straight from FBI Director J. Edgar Hoover directed that “in the event he enters the U.S. for any purpose, the Bureau should be promptly advised.”

“Considering the fact that this Colombian guy was in New York opening a Cuban press agency, it would be unusual if he was not spied upon,” his son Rodrigo Garcia told the Washington Post.

According to the son, Garcia told him he was being followed on the street by men who “appeared to communicate by whistling.”

Ironically, said the writer’s son, Garcia was fired from Prensa Latina for not being radical enough.

The FBI initially mistook Garcia’s first name, thinking it was Jose. Two months after the first spy reports, an agent corrected this to Gabriel. Ironically, while commonly his birth year was believed to be 1927 due to a clerical error, the agency did correctly note he was born in 1928.

The spying went so far that a team of FBI agents contacted at least nine of Garcia’s friends, one of whom informed the federal police agency of the writer and his family’s departure to Mexico, where he lived for the rest of his life.

The FBI reportedly continued spying on Marquez in Mexico, even until after he had been awarded the Nobel Prize

Until his death in 2014, Garcia maintained a close friendship with Castro and was a vociferous critic of US foreign policy in the Americas.

Colombia’s most famous author is not the only artist who has been spied on by the FBI; the agency also spied on authors like Normal Mailer, Ernest Hemingway and John Steinbeck.