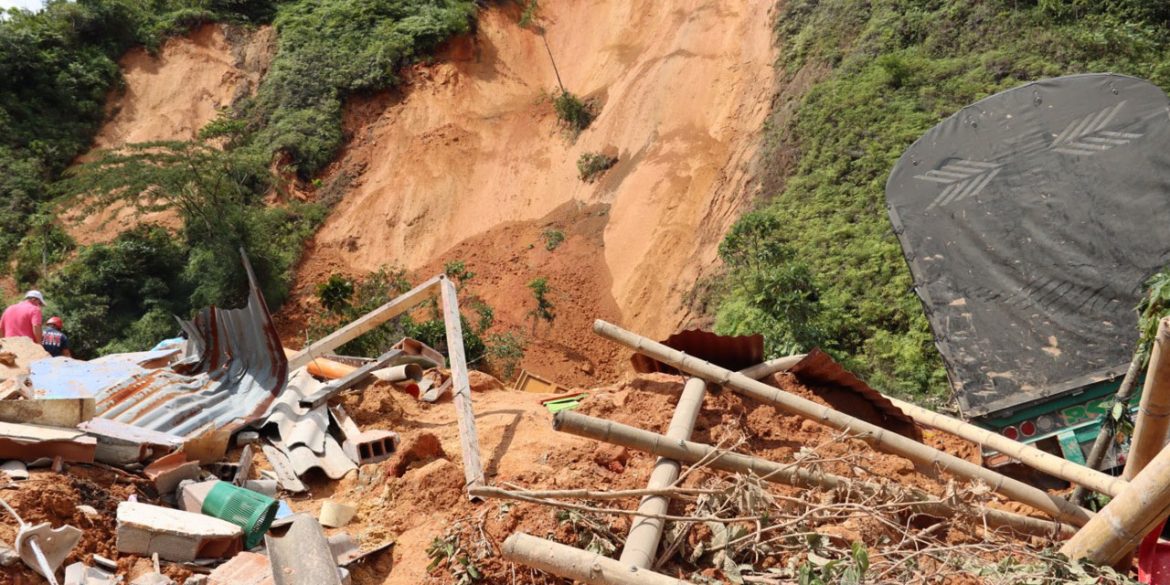 Two people were killed in a landslide that blocked the road between Colombia’s capital Bogota and the country’s second largest city, Medellin, on Saturday.

The landslide destroyed destroyed six homes that were built in the mountainous and high-risk area in the rural municipality of San Luis, killing one adult and a seven-year-old boy after weeks of heavy rainfall.

An alternative route still allows traffic between Colombia’s two largest cities, but the disaster response agency of the Antioquia province, Dapard, urged vigilance as the ongoing rainy season could cause other landslides in the mountainous region.

While Dagran spent much of the day looking if the landslide caused more victims, road agency Invias began clearing the road of the rubble.

The work of both Dagran and Invias is being complicated by fears for more landslides as the landslide revealed several other fissures in the mountain.

The landslide is the deadliest this year in Colombia whose two rainy seasons frequently cause deadly landslides in the Andean region of the country.

The road between Bogota and the country’s second largest city was closed for weeks in 2017 when a landslide just north of Medellin killed several, leaving 10-foot boulders on the partially destroyed road.