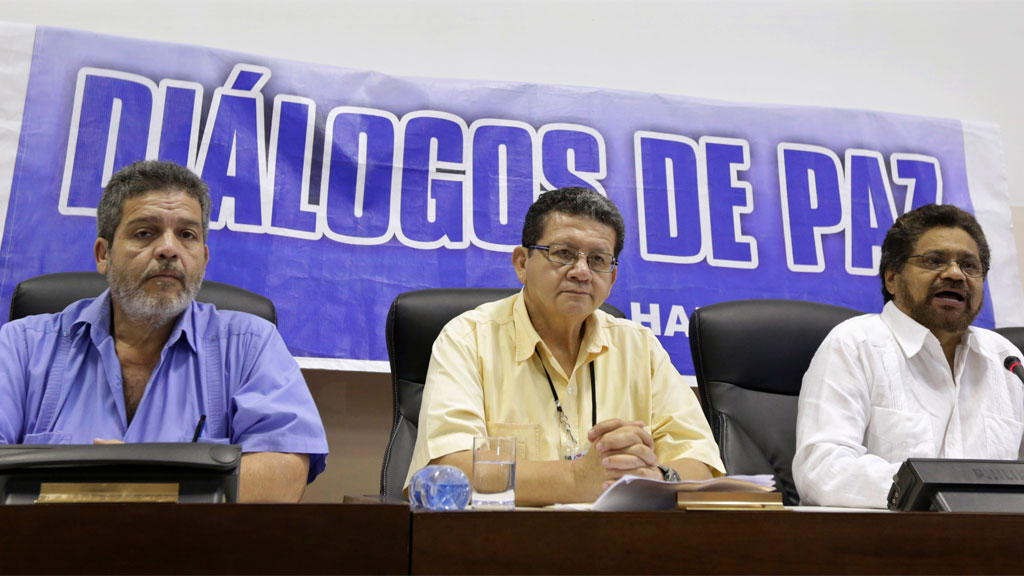 “We welcome the statement by President Santos promising to send their envoy to Havana immediately to discuss the bilateral ceasefire,” wrote the guerrillas in a text signed by their peace delegation.

Santos’ announcement on Wednesday stated that, due to the rebel’s compliance with the unilateral peace deal, the government will move to draw up a bilateral and indefinite ceasefire deal with the FARC.

In his statement, Santos said that the FARC has met the unilateral agreement that was initiated in December and that, as “a step in the right direction,” the delegation should open the discussion to a bilateral agreement.

In a statement posted on its website, the FARC claimed to be ready to initiate discussions to “enable the elucidation of paramilitary groups, defining solutions that lead to overcoming poverty, inequality, lack of democracy and the restoration of sovereignty.”

The statement continued saying that “our delegation is ready also to initiate and discussion of the caveats and mechanisms of countersignature. We can only thank the Colombian people for all the support it has provided and you can continue giving the noble cause of the search for peace.”

While the rebel group has agreed to move towards a bilateral deal, its negotiators said that military operations have intensified against the guerrillas during the unilateral FARC truce that took effect on December 20.

“Common sense indicates that there is no consistency between the words that extol the truce and those that order the intensification of war,”  said the guerrilla group.

FARC suggested in their statement that “it seems contradictory and reckless to order the intensification of the offensive actions against guerrillas in truce, to the extent that is still threatening the continuity of the unilateral deal.”

The rebels called their unilateral ceasefire under two conditions: international observers of the truce and military restraint when it comes to attacks on guerrilla units.

The rebels decided to keep up the ceasefire in spite of the government’s initial rejection of both conditions. Nevertheless, Santos had already said earlier this month that “the situation is different” than when talks began and a bilateral ceasefire was out of question.

Since talks began, the government and the rebels have agreed on three of five agenda points before a peace deal is signed and mutual agreements implemented.

If successful, the peace talks will end more than 50 years of conflict that according to government statistics killed more than 900,000 Colombians and left more than 10% of the population home or landless.