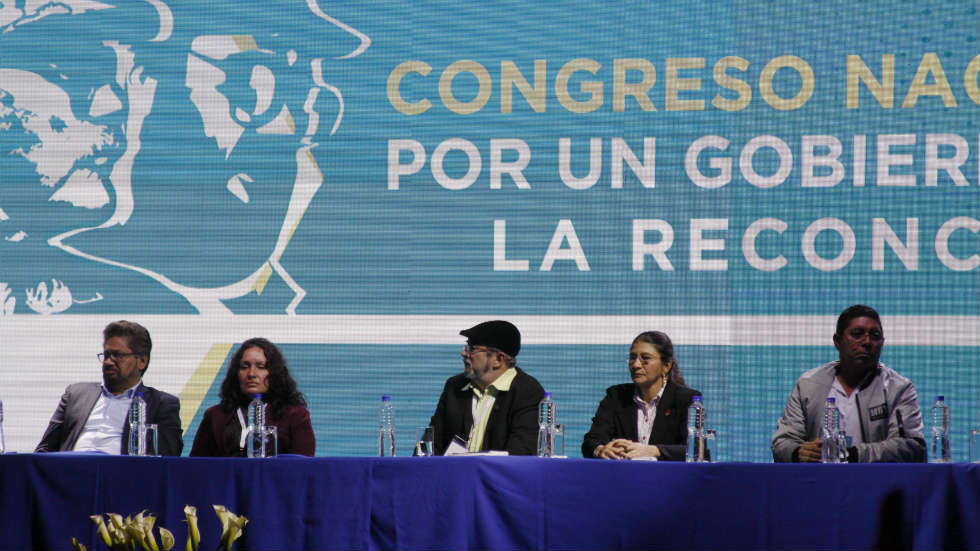 Family members of 11 politicians who were kidnapped and executed by FARC guerrillas demand that justice is done before the group’s leaders are allowed to take part in politics.

The victims sent a letter to multiple government bodies rejecting the possibility that FARC leaders can take seat in Congress next year before having responded to justice about the demobilized guerrilla group’s numerous crimes against humanity.

Recipients of the letter

Congress is expected to soon approve the legislation in regards to a war crimes tribunal. The legislation as it stands would allow FARC leaders to take seat in Congress disregarding their collaboration in justice.

The letter came days after congressmen met with FARC leaders to debate changes made to the judicial element of a peace deal agreed in November last year.

The family members of the late Valle politicians want the guerrilla leaders to be impeded from taking part in politics until having been punished for their crimes.

Let us be clear that we do not oppose the political participation of the FARC. Nevertheless, who wishes to do this must have been in the Integrated System of Truth, Justice, Reparation and No Repetition, have been sanctioned by the Special Jurisdiction for Peace and be fully complying with the imposed sanctions.

While the FARC was not sent a copy of the letter, the victims call on the leadership of the former guerrillas’ political party to consider peace and reconciliation before taking part in politics.

We hope that the FARC leadership understands that only by complying with the clarification of Truth and adhering to Transitional Justice peace and reconciliation can be constructed in Colombia. They should show their commitment to the country is above their personal interests in political participation immediately.

In the peace deal, the FARC was guaranteed 10 of 266 seats in Colombia’s congress for two terms after agreeing to a transitional justice system that would seek justice for the scores of war crimes committed during the conflict.

In the bill now put before congress, however, this adhering to transitional justice has not been made a condition for political participation.

The victims who sent the letter re family members of 12 state deputies who were kidnapped from the Valle del Cauca government building in April 2002. Eleven of the men were executed in 2007.

According to the sole survivor of the massacre, former deputy Sigifredo Lopez, his colleagues were executed when the guerrilla guards mistook an approaching guerrilla unit for army soldiers.