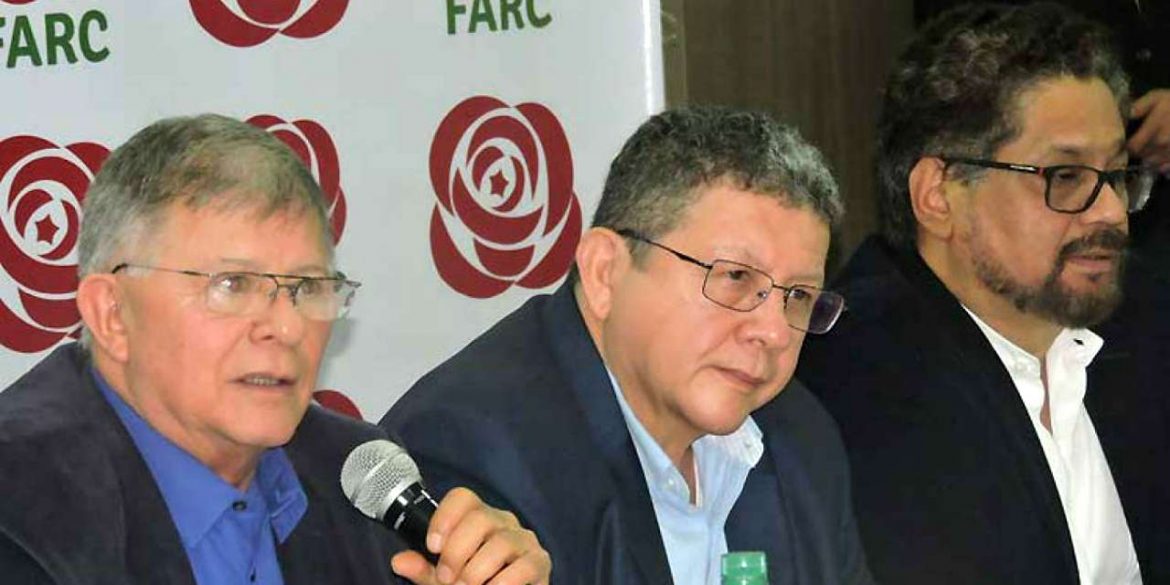 Colombia’s FARC rebels said Friday that they will suspend their campaign for the first elections since the group’s demobilization last year.

According to the guerrillas, they need better security guarantees after multiple of their campaign events were suspended amid fierce protests.

Campaign workers in several cities have received death threats, according to the FARC. Campaign rallies throughout Colombia were canceled after angry mobs threw bottles and rocks at former guerrilla leaders.

The FARC will take legal steps against the hard-right Democratic Center party that “sponsored” and “promoted” the “violent manifestations,” according to the former guerrillas.

The political party of former President Alvaro Uribe has opposed the peace process with the former guerrillas that seeks to end armed conflict and political violence that has battered Colombia for more than half a century.

“The right to protest cannot be used as an argument to justify acts or behavior deemed criminal by the Colombian justice system,” the former guerrillas said.

We call on all political parties and movements … to agree on the rules of fair play for the current electoral campaign, where arguments, ideas and proposals prevail over verbal aggression and physical violence.

The FARC called on its own supporters, many of whom were in arms until last year, “not to be provoked” and “maintain calm.”

The former guerrillas were guaranteed 10 congressional seats as part of a 2016 peace deal with the government, but can obtain more seats through regular votes.

Their political participation was the guerrillas’ main demands to agree to demobilize.

A transitional justice tribunal will being hearings later this year in an attempt to seek justice for the millions of victims left by the armed conflict that began in 1964.

Colombia’s political history has been plagued by partisan violence, initially between liberals and conservatives and later between the country’s ruling class and the communist rebels.