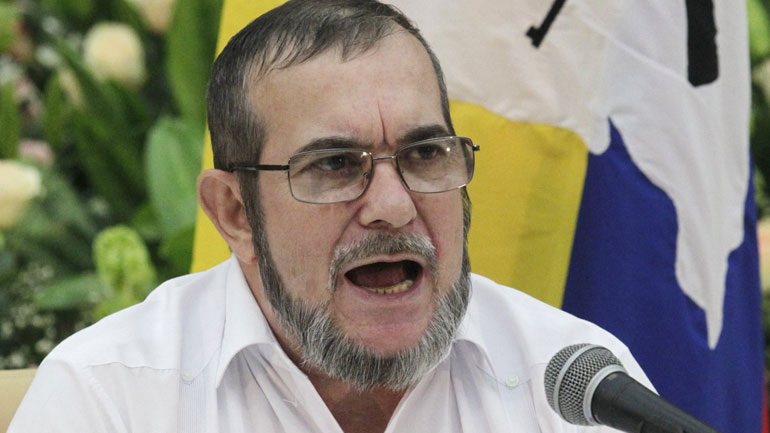 The leader of Colombia’s largest guerrilla group, the FARC, tweeted on Monday that he is set to announce that the rebels will stop recruiting new members after three years of peace talks.

FARC leader “Timochenko” tweeted that he was consulting his commanders about the possibility of not accepting any more members into the ranks of the guerrilla group.

The FARC chief had already expressed his opinion on the stopping of recruitment on Saturday tweeting, “At these heights of the process and its evolution I think that we should suspend recruitment. I won’t decide. I am in consultations.”

“We start the week with the expectation that by the end there will be announcements which reinforce hope and optimism,” said the FARC chief on Monday.

Timochenko has not yet clarified when exactly the guerrilla would stop recruiting.

The decision to stop drafting is an important step for the deescalation of the conflict and the disarmament of the guerrilla ahead of their transformation from armed group to political movement.

The FARC are currently in negotiations with the Colombian government in the hope of bringing peace to Colombia after 51 years of civil conflict which left 260,000 Colombians dead and 6 million displaced.

Both sides recently came to an agreement on a transitional justice deal, a crucial component of the peace process, and announced that the final deal will be signed within six months on 23 March 2016.

The FARC announced in February that they would stop integrating child soldiers into their ranks. They denied that they had forced children to join the group but evidence has shown they did so systematically.

According to the Ministry of Defense over 14,000 minors have been recruited by illegal armed groups in the last 12 years, 2,600 of which were recruited by the FARC. The UN found in 2014 that neo-paramilitary groups recruit the most child soldiers.

Although the FARC stopped recruiting minors under the age of 17 there has been no information about protocol for releasing the children already fighting for the guerrilla organization.

So far there has been no reaction from the government following Timochenko’s announcement but co-leader of the Liberal Party, Horacio Serpa, told RCN Radio that this positive news “means that they [the FARC] have no interest in increasing their combat strength.”