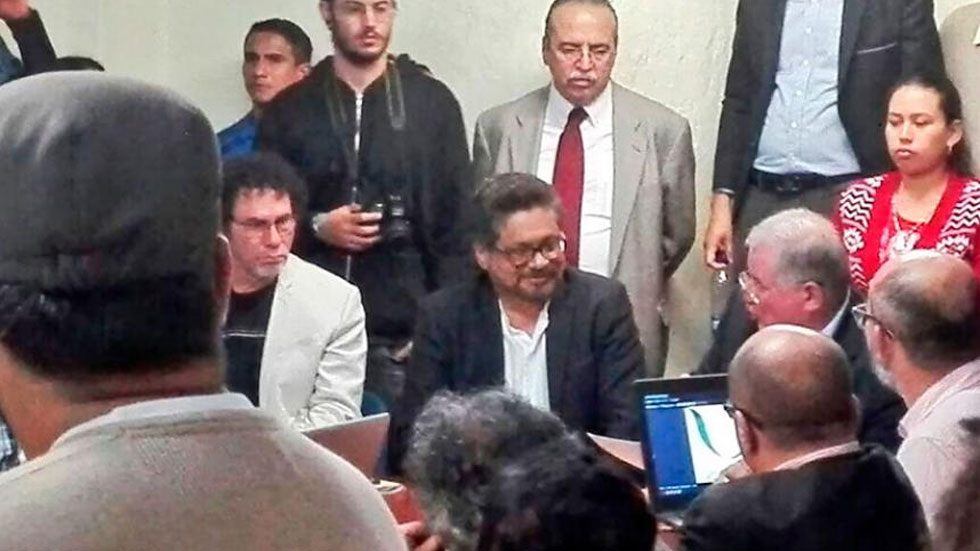 The leadership of Colombia’s largest rebel group, the FARC, visited Colombia’s Congress on Wednesday and formally registered the political party that will take seat in the legislative body.

The FARC’s visit was as low-key as it was historic; many of the guerrilla leaders have never entered the capitol building during the group’s 52-year-long war against the state.

History of the FARC

During the visit, the FARC announced the six representatives who will coordinate the guerrillas’ transition to a political party during the group’s 180-day demobilization, disarmament and reintegration process.

The representatives will also be taking part in congressional sessions, but have no right to vote. They will operate under the formal name of “Voices for Peace and Reconciliation” (Voces de Paz y Reconciliacion).

The FARC decided that those who will represent the group in Congress during the period of transition may have no criminal record and can thus not be members of the guerrilla group’s current leadership, all of whom face war crime allegations.

Instead, the FARC representation will consist of two academics, one student leader, one human rights defender and a member of the Patriotic Union party, which the FARC helped form in the 1980s.

“The message they want to give is that this new movement involves and includes people beyond the guerrillas themselves,” Carlos Lozano of the leftist Patriotic March movement told weekly Semana.

While the FARC leaders were granted access to the legislative body’s library, former AUC chief Salvatore Mancuso was invited to speak before Congress and received a standing ovation.

Since then, dozens of congressmen have been imprisoned for their ties to the AUC’s death squads.