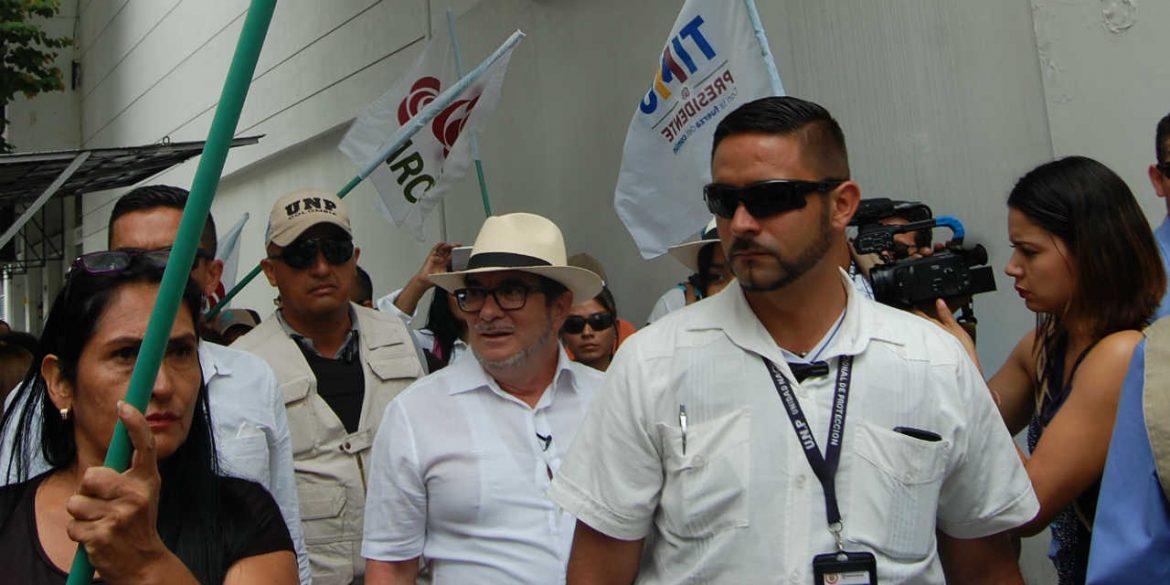 The FARC‘s presidential candidate, Rodrigo Londoño, survived his first day of campaigning, but was met with fierce protests on Friday.

Riot police and at least 12 bodyguards were necessary to allow safe passage for the former guerrilla leader, who had picked Armenia, the capital of his native Quindio province, for his first campaign rally.

Resentful over decades of violence, hundreds of angry locals welcomed Londoño, a.k.a. “Timochenko,” with insults.

Some threw eggs at the vehicle in which the presidential candidate was traveling. At least one of the car’s tires was slashed.

The protesters removed the FARC flag of one of the campaigners and burned it.

Londoño said on Twitter that the rage in Armenia was “understandable.”

“These are the consequences of a smear campaign of 50 years,” the FARC candidate said.

Hours before the rally, Londoño formally registered to stand trial before the Special Jurisdiction for Peace (JEP), the transitional war crimes tribunal.

The FARC presidential candidate will be charged with at least 61 crimes including homicide, kidnapping and the recruitment of minors.

The court that will investigate guerrilla and military war crimes is expected to begin public hearings after the elections.

The armed conflict between the FARC and the state began in 1964. Five decades later, more than 8 million Colombians had been victimized either by the guerrillas, or the military and state-loyal paramilitary death squads.