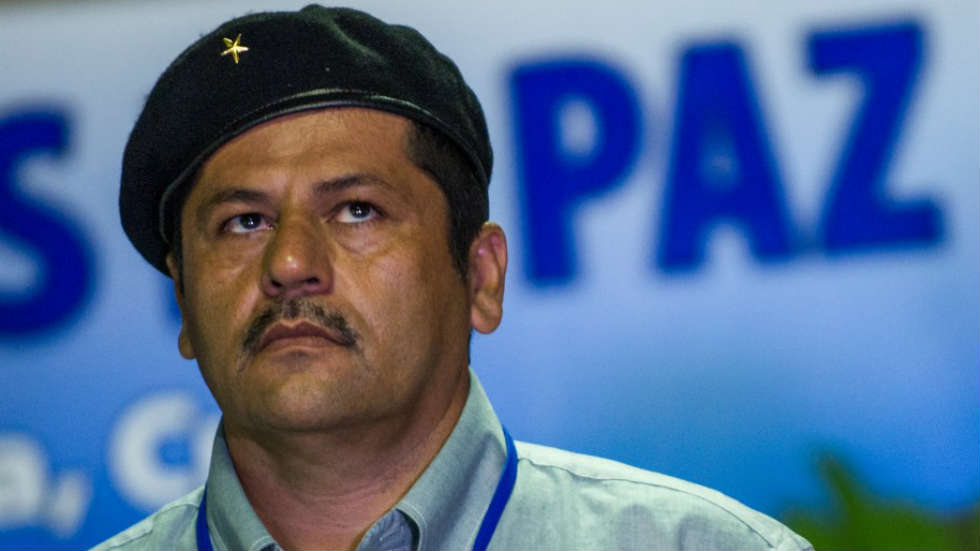 One of the most feared former FARC commanders has been forced to leave his integration camp because of fears for his security, according to Colombia’s top peace official.

Henry Castellanos, a.k.a. “Romaña,” had been leading a reintegration camp in Tumaco, Nariño, where all kinds of illegal armed groups are vying for abandoned drug routes once protected by the FARC.

Colombia’s High Commissioner for Peace, Rodrigo Rivera, told press that the former Eastern Bloc commander had been moved to an undisclosed location.

Dozens of community leaders and several demobilized guerrillas have been assassinated since the FARC entered a peace process signed a year ago on Friday.

There is a risky security situation for him. This was detected and, although there are hundreds of soldiers in Tumaco providing security, the decision was made with the FARC to move him to another area.

The Nariño province, where Castellanos led the reintegration hundreds of former fighters, has seen extreme violence in the aftermath of the 50-year armed conflict between the FARC and the state.

Hundreds of dissidents FARC members are fighting a turf war with other illegal armed groups and security forces over control in the coca-rich province, and the port town Tumaco in particular.

According to Rivera, the illegal armed groups are targeting coca farmers and demobilized guerrillas to protect drug trafficking profits.

The threats that come from sectors linked to drug trafficking occur because the people are determined to get out of the illegality. There are pressures from the mafia and criminal sectors.

The Colombian government has come under international pressure for failing to assume control over former FARC territories like the west of Nariño.

Castellanos’s displacement is a major blow for the reintegration program that has shown significant failures, according to United Nations observers.

The peace process around the reintegration efforts seeks to end more than half a century of armed conflict between the former guerrilla group and the state.