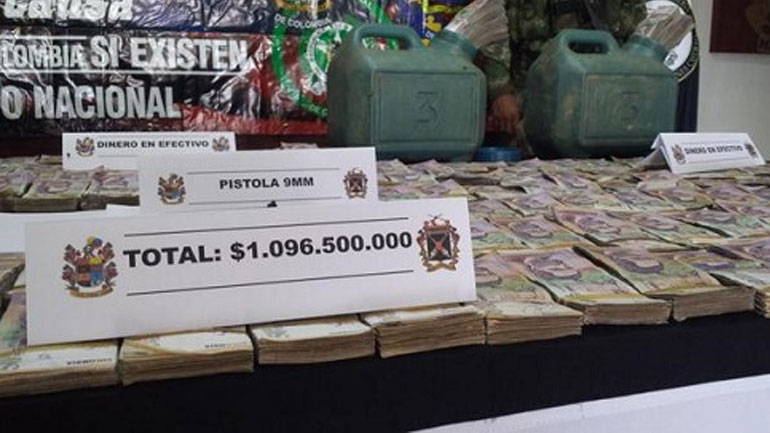 The negotiation chief of Colombia’s FARC rebels reiterated on Sunday that the group’s members do not have the money to contribute to victim reparation.

In an interview with television network RCN, FARC negotiator “Ivan Marquez” said it was a “fable” the rebel group would have properties and bank accounts abroad.

“You’ve believed the fable that the FARC has sums of money deposited in fiscal paradises,” Marquez told the network.

According to Jorge Restrepo, director of conflict monitoring group CERAC, the FARC does have money, but mainly hidden in cash inside Colombian territory.

“The point is that this money is spent on the economics of war and we can’t maintain this to repair victims,” as most of the FARC’s income has come from illegal activities such as drug trafficking, extortion and mining, Restrepo told RCN.

Transnational crime analyst Jeremy McDermott of InSight Crime told Colombia Reports earlier this year that his organization estimates the FARC has an annual income of “at least $150 million a year.”

However, “you have to understand not all that money is ‘declared’ to FARC commanders. The reality is likely to be much higher,” McDermott said.

“Preliminary analysis would suggest that the FARC needs around $50 million a year to fund themselves at current levels, including arms, munitions and militiamen, working on a total of around 8,000 rebels under arms,” McDermott said.

This would leave the guerrilla organization at least an annual $100 million in profits, significantly less than alleged by Forbes Israel, which last year claimed the Colombian guerrilla group is the world’s third richest terrorist organization.

The FARC, currently in the final stretch of peace talks with the administration of President Juan Manuel Santos, has vowed to help repair its victims through forced labor. A recent agreement made on victim reparation left unclear whether the guerrillas will also contribute financially to the indemnification of victims.

The Marxist guerrilla group has been fighting the Colombian state since 1964 and plan to become a political movement or party if peace is signed with the government, an event expected to take place in March 2016.