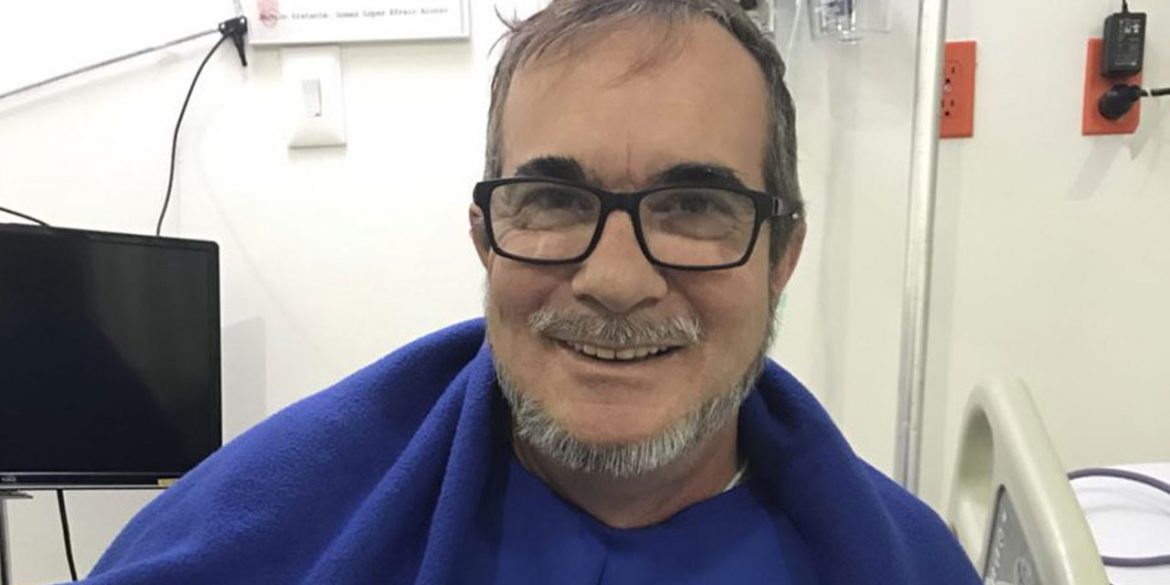 The presidential candidate of the FARC, the party formed by demobilized guerrillas, will not be running in Colombia’s presidential elections in May, local media reported on Wednesday.

Rodrigo Londoño, also known as “Timochenko,” was hospitalized last week after complaining about chest pains. He has been in hospital waiting for heart surgery since then.

The FARC did not immediately confirm the end of former guerrilla leader’s presidential aspirations.

Londoño, who is expected to be called to trial over more than 150 war crimes after the elections, was one of the least popular candidates in election polls.

The FARC will be taking part in legislative elections on Sunday for the first time since their formation in 1964.

The group violently fought the Colombian state for more than half a century, but surrendered its weapons last year.