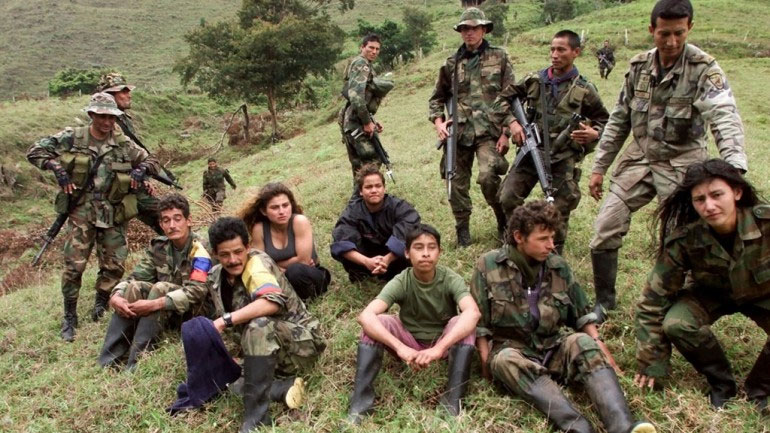 Colombia’s FARC rebels announced they would not allow anyone under 18 to enter their ranks. The country’s human rights office, however, said the guerrillas have failed to keep a previous promise not to recruit anyone under 17.

The group, currently negotiating a peace deal with the government that includes the FARC’s entire disarmament and demobilization, last year already upped the minimum age for recruitment from 15 to 17.

“In order to move as quickly as possible towards the end of the armed conflict, today we communicate to the country our decision to end the incorporation of minors under 18 to the FARC-EP,” the FARC said in a press statement.

However, according to the country’s Ombudsman’s Office, FARC units in several parts of the country have continued recruiting children between 12 and 17, against their leadership’s promise and in violation of international humanitarian law in the case of the 12-year-old.

“The first case was registered on May 24, 2015 in the hamlet of El Tablon in the Jambalo municipality [in southwest Colombia] where presumed guerrillas of the 6th Front took two 16-year-old students by force,” interim Ombudsman Alfonso Cajiao told the press in response to the FARC statement.

The interim Ombudsman said he appreciated the FARC’s announcement, but urged the guerrillas to keep their word and actually end the recruitment of child soldiers.

The guerrilla group has long claimed that a large number of minors in their ranks joined the group voluntarily due to a lack of opportunities or to flee parental or conflict violence.

The FARC’s statutes have long prohibited the recruitment of minors younger than 15. However, both the government and independent observers have said that guerrillas have simply ignored their organization’s statutes.

The group has been engaged in peace talks with the administration of President Juan Manuel Santos since late 2012 and are widely expected to reach a peace agreement this year.

Both parties had committed to a March 23 deadline for a peace agreement in September last year, but have since backtracked and indicated that talks could take longer.