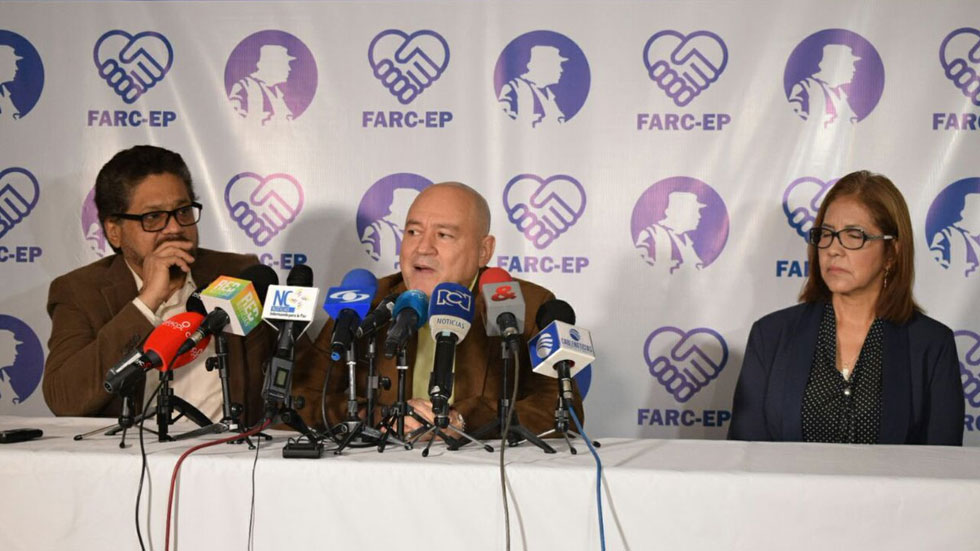 The FARC said Monday that it will have completed its transition from Marxist guerrilla group to political party on September 1, the day the demobilized rebels will announce the name of their party.

Over the past few days, demobilized guerrillas across the country have taken part in consults with the FARC leadership to come up with a name for the new party and an election program with which they will take part in the 2018 elections.

At a press conference, FARC leaders Luciano Marin, also known as “Ivan Marquez,” Luis Antonio Lozada, a.k.a. “Carlos Antonio Lozada” and Francy Maria Orrego, a.k.a. “Erika Montero” announced that the FARC has been holding internal consults to define their election program and the name of their political party.

A big FARC conference will be held in the capital Bogota in the end of August where guerrilla fighters and commanders take the final decision on the contents of their political future.

Once that has been defined and the name has been announced, the former guerrillas will register their political party with the National Electoral Council (CNE), Colombia’s electoral authority.

While the FARC may become a political party, it is unlikely any of its current leaders are able to become candidates in next year’s election.

All commanders have been accused of war crimes and will first have to face justice. Only once they have fully completed their possible sentences and have repaired and reconciled with their victims the FARC chiefs will be allowed to take part in the election cycle.

Until then, trustees will promote and defend the FARC’s political agenda in Congress.

FARC leader Timochenko had already said his party will not take part in next year’s presidential elections, but prefers to endorse a candidate they trust to bring the peace agreement made with the administration of President Juan Manuel Santos to fruition.

The FARC’s participation in the 2018 congressional election will mark the first time in more than 30 years the communist guerrillas try to enter politics and the first time they do so without one weapon in their possession.

The last time they tried to, in 1985 and under the banner of the Patriotic Union, thousands of party members and supporters of the FARC’s political participation were assassinated by paramilitary groups and state officials.

The prevention of such a political genocide is one of the main priorities of the United Nations peace observers, who will continue to monitor the peace process and verify violations of the 2016 peace deal until well into the government elected in March next year.