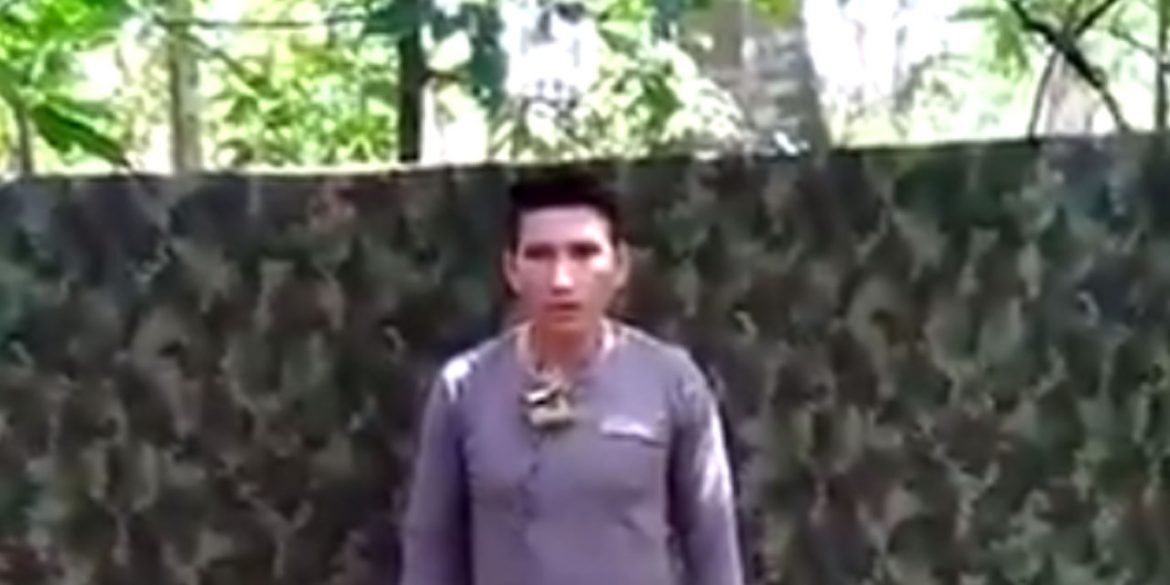 Rearmed guerrillas of demobilized rebel group FARC on Sunday released a proof of life video of a soldier who has been held hostage since he was kidnapped in northeast Colombia in March.

The Ombudsman’s Office published the video of the captive soldier after receiving proof of life of the official who reportedly was on leave while he was kidnapped in Arauquita, a municipality in Arauca province on the border with Venezuela.

In the video, soldier Jesus Albeira Acosta said he was treated well by the rogue guerrillas and hoped to be reunited with his family soon.

I was detained by a commission of the 10th front of the FARC on March 5. I have been in their custody since then. I have been well treated. From somewhere in the mountains of Colombia, I want to send my love to my family, tell them that I feel well, that I miss them a lot, I think a lot of them and I hope to see them again soon. I thank them for everything they have done, for all their prayers.

The Ombudsman’s Office, which safeguards Colombians’ human rights, said that “we insist that those held captive must be given good treatment and reiterate our disposition to facilitate his release.”

The proof of life video of the kidnapped soldier is the first since the FARC signed peace with the government of former President Juan Manuel Santos and the country’s largest guerrilla army in history demobilized.

The 10th Front took part in this demobilization, but some two dozen members of the unit rearmed in 2017 amid major delays in the implementation of the peace deal.

The group has since been active in much of the Arauca province and allegedly joined the Southeastern Block, which was formed by mid-level FARC commanders who were expelled from the organization for refusing to take part in the peace process.

The 10th Front, who have reportedly tried to recruit other demobilized FARC members under threat, did not give any indication they are planning on releasing the soldier.

It is unclear who commands the group or how many guerrillas the group has at this moment.