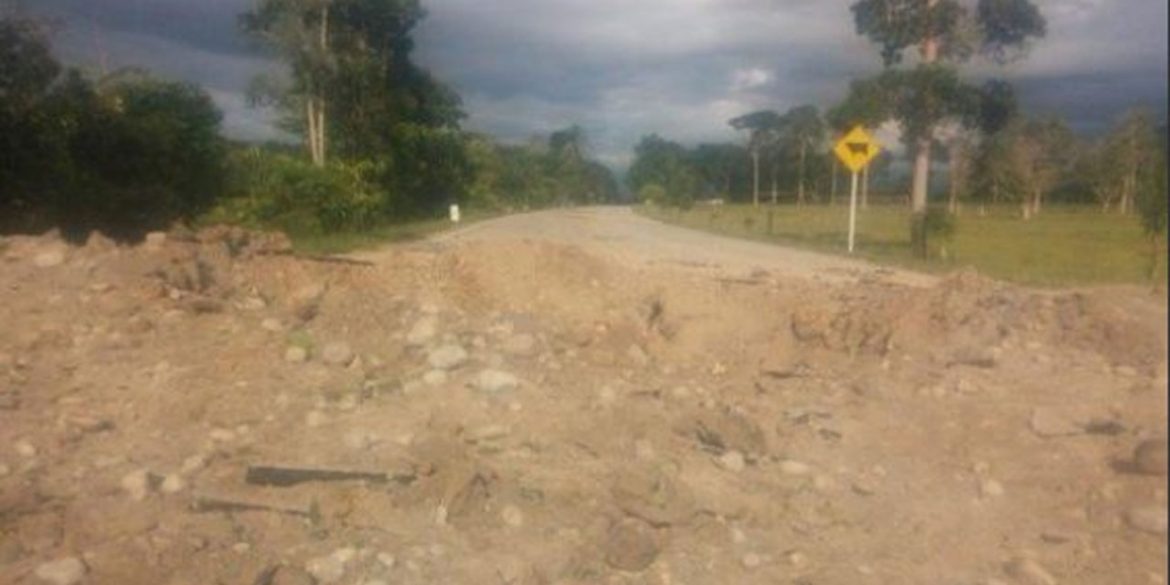 ‘FARC dissidents’ blow up road and themselves: Police

The explosion did not just kill the alleged guerrillas, but also the road in Arauquita, a Venezuelan border town that presumably was the target of an attack.

Local authorities were uncertain how many people were killed by the bomb, Arauca Police commander Colonel Giovanny Buitrago told press.

“The activation of the explosive artifact took the lives of three or four persons,” Buitrago was quoted as saying by radio station La FM.

According to Buitrago, security forces have been unable to attend the situation because of the presence of guerrillas of the ELN and other dissidents of the FARC, the group that demobilized some 14,000 people last year.

Medical examiners have also been unable to do tests because of the alleged threat of attacks, the police commander said.

Local media reported the identity of four victims, confirming that some of the victims had joined FARC dissident groups.

Arauca is one of Colombia’s most neglected provinces where illegal armed groups, particularly the ELN, have taken control.

The province’s location next to Venezuela makes it easy for the guerrillas to move in and out of Colombian territory, which complicates Colombian efforts to combat the 54-year-old rebel group.