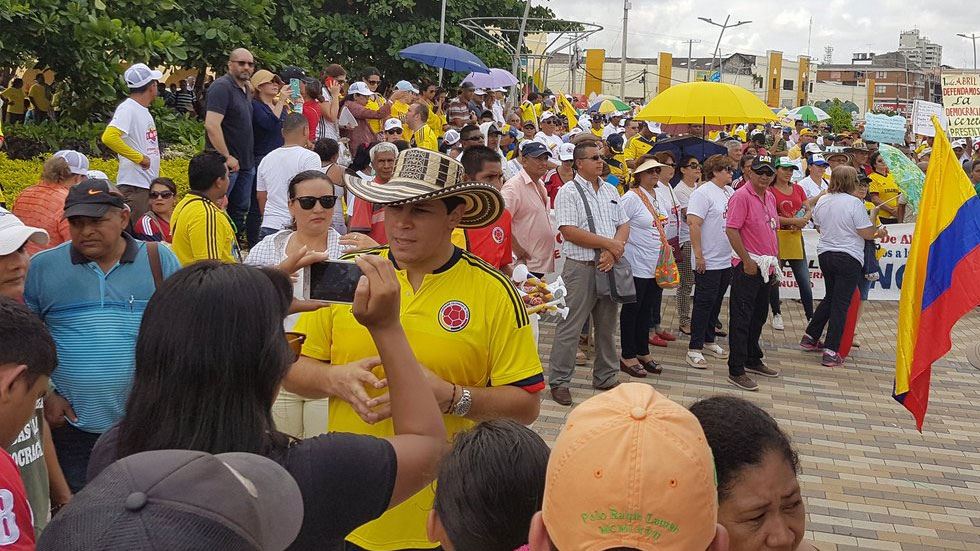 A Colombian opposition senator was scorned Saturday after blaming demobilizing FARC guerrillas for a flooding disaster that killed more than 150 people in the southern city of Mocoa.

Senator Daniel Cabrales of the hard-right Democratic Center party made the controversial comment during a protest opposing the administration of President Juan Manuel Santos in Monteria, Colombia.

“Yesterday (sic) an avalanche was registered in Tumaco, Mocoa I mean, where more than 20 people died and, as  I have been told, was caused by dynamite explosive proven to be by the FARC. Santos has forgotten a lot of things this country needs.”

While Cabrales mistook both the day and the location of the disaster that killed more than 154, and used it to discredit the president, Santos in fact was in Mocoa overseeing rescue efforts. 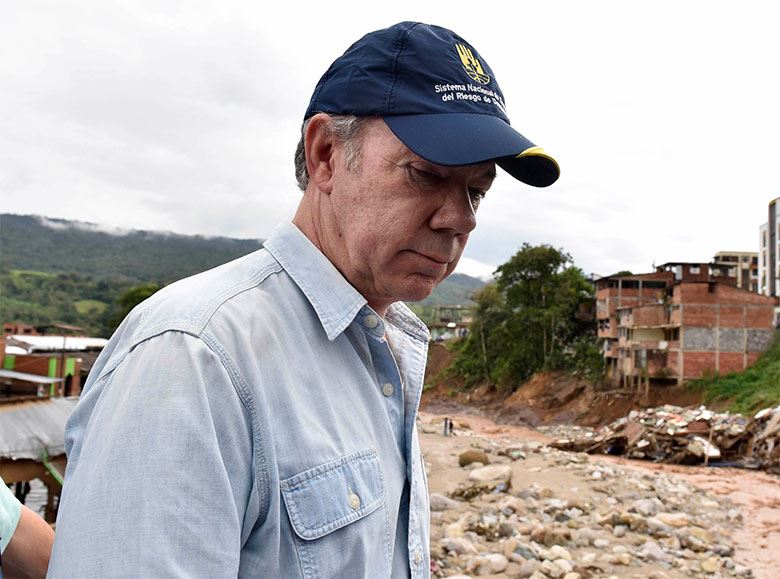 Cabrales’ remarks caused indignation on social media and the senator was forced to apologize for his false claim.

The CD’s “anti-corruption” march had already been dubbed the “March of the cynics” by critics on Twitter as both the party and its leader, former President Alvaro Uribe, are embroiled in numerous corruption scandals.

Cabrales was part of Juan Manuel Santos’ 2010 campaign that is also accused of having been illegally sponsored by the Brazilian multinational.

Nevertheless, some 3,000 people showed up in Monteria and another few thousand in Medellin, Antioquia, where the party had arranged luxury buses to drive supporters from the wealthy east of the province to the capital.