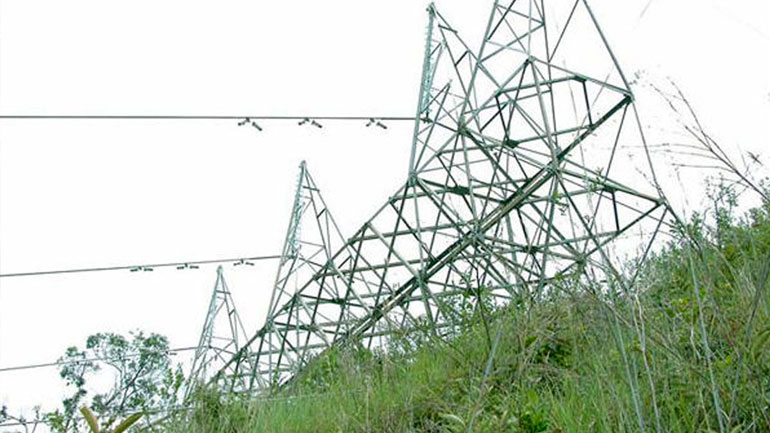 The attack took place just miles south of Florencia, the capital of the Caqueta department where the FARC has a strong presence.

Alleged rebels of the guerrilla group’s 3rd Front blew up two electricity pylons, effectively cutting the power supply of the entire province and its 500 thousand inhabitants.

Following the attack, the military entered the area in an attempt to pursue the perpetrators of the attack.

Soldiers will also have to make sure the area around the destroyed pylons is landmine-free, so engineers of the local electricity company are able to carry out repairs and re-establish the province’s power supply.

The attack on energy infrastructure is the fourth within two weeks.

Alleged FARC rebels earlier blew up energy towers in the southwestern Valle del Cauca and Nariño provinces, and another in the northern Norte de Santander province.

The recent attacks followed five months of relative calm after the FARC in December called a unilateral ceasefire in an attempt to deescalate armed conflict while peace talks with the government are ongoing.

However, after a rebel unit in the southwest of Colombia violated the truce by killing 11 soldiers in a surprise attack, the government resumed air strikes it had suspended to reciprocate the FARC’s truce.

When a subsequent air strike killed at least 26 rebels in the west of the country, the FARC suspended their ceasefire and resumed attacks on energy infrastructure, the oil industry and the security forces.

President Juan Manuel Santos, who has persisted in maintaining a military offensive while peace talks are held, rejected the latest and previous FARC attacks.

“Nobody can explain this type of actions,” Santos said from Brusself where he has been attending a summit of the EUropean Union and the Community of Latin American and Caribbean States.

According to Santos, the latest FARC attacks are “irrational.”

“The entire world condemns this type of behavior. What the guerrillas are doing is generate rejection, rejection of the affected communities, the rejection of the country and that of the international community,” Santos said.

The United Nations’ representative in Colombia, as well as victim organizations and the peace talks’ host countries, have called on both Santos and the FARC to consider a bilateral ceasefire for the duration of the talks that seek a negotiated end to a conflict that has lasted more than 50 years.