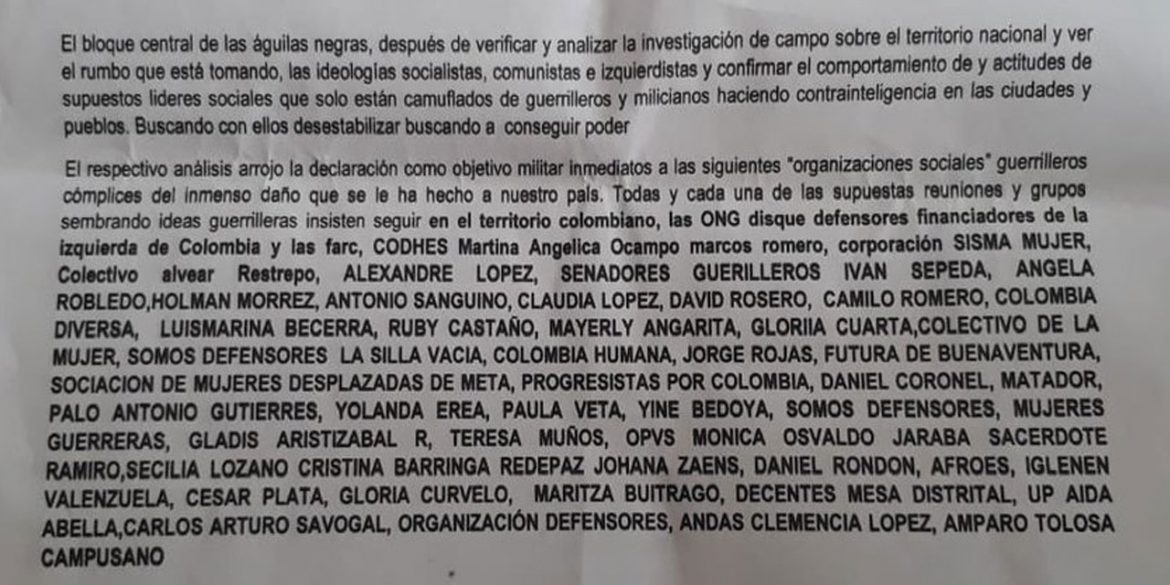 Ivan Cepeda, senator of the socialist Democratic Pole party, tweeted out a picture of the threat, which named him and a number of other opposition leaders and organizations.

“Organizations and leaders will disappear, because our country can not be the cradle of leftists, guerrillas, militiamen, anti-corruption storytellers, camouflages of supposed social leaders and defenders,” the note read.

The group said it was because of those activists that they “started this fight of extermination on the entire Colombian territory, and nothing and no one is going to stop us.”

Aida Avella, another opposition senator named by the group, responded Wednesday and called for a meeting with President Ivan Duque saying, “President, receive us urgently.”

But this was just the most recent threat by the group, just weeks earlier the Aguilas Negras threatened to “exterminate” anyone opposing the newly-elected president.

After opposing the government former President Juan Manuel Santos and the campaign platforms of former presidential candidate Gustavo Petro, the group has said Duque’s election “legitimizes our position and urges us to continue.”

Duque vowed to curb those mass killings, but the administration has yet to take any major steps against the violence.