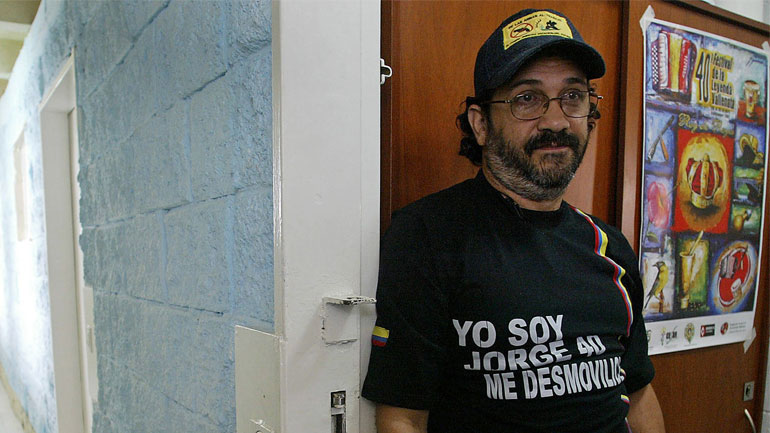 A top leader of one of Colombia’s deadliest paramilitary groups has been excluded from legal benefits he had bartered in a 2005 demobilization deal, the country’s chief prosecution office said.

Colombia’s Supreme Court excluded Rodrigo Tovar Pupo, aka “Jorge 40,” from the Justice and Peace law because he failed to adequately cooperate in the clarification of his crimes.

According to the court, the paramilitary commander did not ensure “the right to truth, justice and reparation for the victims”, nor did he “attend the measures planned by the prosecutor under the process.”

Jorge 40 is the former commander of the so-called “Northern Bloc” of the now-defunct AUC, one of the most powerful members of the paramilitary umbrella organization.

The former paramilitary leader has been accused of the disappearance of 768 people, and has already confessed to 600 crimes.

However, after he was extra-judicially extradited to the United States in 2008 and several of his brother was killed in Colombia in 2010, Jorge 40 ended his cooperation.

This extradition was not approved by the Supreme Court and an infringement of the deal made between the administration of former President Alvaro Uribe and the paramilitaries.

‘Jorge 40′ will not testify before Colombian courts: RCN

Several other extradited AUC leaders also suspended their cooperation with Colombian authorities following threats against family members, and in at least two cases the murder of family members.

The Justice and Peace law from which Jorge 40 is now excluded was intended to provide procedural and judicial benefits to paramilitary members in exchange for their demobilization and cooperation.

The benefits entailed a maximum prison sentence of eight years and exemption from extradition to the US.

Now excluded from the benefits of this law, Jorge 40 will be held accountable for the hundreds of crimes committed under his command with no chance of a reduction.

Jorge 40’s extradition was a blow to victims, who wanted the paramilitary commander to respond to severe human rights violations rather than US drug trafficking charges.

However, his extradition proved convenient to politicians in Colombia as the top commander was one of the AUC’s main liaison between the paramilitary group and politician.

The 2006 discovery of a computer from Jorge 40 in which he had kept copies of a pact between regional and national politicians caused a wave of arrests of senators, house representatives, governors and mayors.