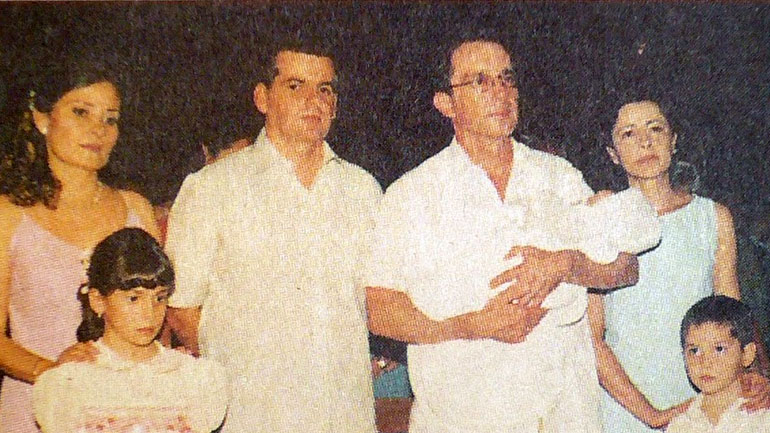 Colombian ex-senator Miguel Alfonso de la Espriella was detained by prosecution officials on Thursday after the Supreme Court of Justice convicted the politician of using paramilitary support to garner votes.

Salvatore Mancuso, a former leader of now-defunct paramilitary group AUC, affirmed that he helped pressure voters and politicians in the Cordoba and Sucre provinces to support Espriella in his 2002 and 2006 elections, his testimony forming the basis of Espriella’s prosecution.

“What happened [in Cordoba and Sucre] was that for the whole region, voting was centered around candidates of paramilitaries … Several people were assassinated for opposing their political positions, positions which included supporting Miguel Alfonso de la Espriella and Eleonora Pineda,” according to Jairo Salgado, the inspector assigned to the case.

Espriella is currently sentenced to 60 months of house arrest in light of his conviction.

The former senator was previously convicted and sentenced to nearly four years in prison in 2007 after it was revealed that he was a signatory to the “Ralito Pact”, a document signed by paramilitary leaders and over 50 Colombian politicians wherein the signers committed to reorganize the political institutions of Colombia to achieve peace.

This pact gave rise to what became known as the Colombian parapolitics scandal in which scores of politicians were found to have ties with the AUC.

Complicating the situation, Espriella and Mancuso, along with Pineda, have alleged that former President Alvaro Uribe was aware of the paramilitary support behind his first election in 2002.

The three testified to this before a Justice and Peace judge in the Tribunals of Cudinamarca, the province in with Colombia’s capital, Bogota, is located.

Mancuso went on to claim that Espriella and Pineda were elected so they could gain access to then-presidential candidate Uribe and begin formulating a plan to demobilize the AUC.

“De La Espriella and Pineda were the links between paramilitaries and Alvaro Uribe during his campaign.” explained Mancuso.

The two candidates were supposedly tasked with arranging a meeting with Uribe in which they would represent the interests of Mancuso and the AUC and further explore the possibility of demobilizing the paramilitary organization.

Pineda, Espriella and Mancuso all testified that a meeting between Uribe, Espriella and Pineda occurred at the beginning of 2002 at Uribe’s finca El Uberrimo in which Uribe committed to include the demobilization of the AUC in his political agenda should he be elected.

In the face of the allegations, Uribe announced via Twitter that he would be suing the two ex senators for defaming him and claimed that they were pressured by Mancuso to do so.