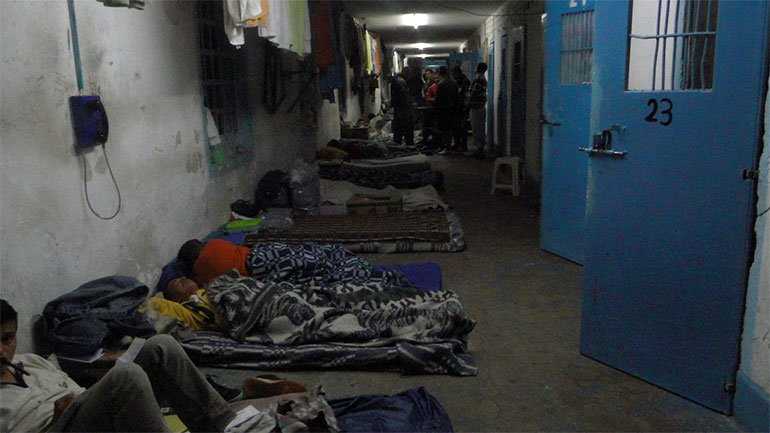 Ex-CEO gets new Colombia jail after US judge criticizes conditions

A former technology chief executive facing extradition from Colombia to the United States to face securities fraud charges has been moved to a new detention facility after a US federal judge criticized his Bogota prison’s conditions as “intolerable.”

In a letter filed in federal court on Monday, US prosecutors said that Kaleil Isaza Tuzman, the former CEO of Kit Digital Inc, had been relocated on Saturday to a “highly-secure” facility in Bogota used to house other high-profile defendants.

The move came a day after US District Judge Paul Gardephe in Manhattan berated prosecutors for opposing Tuzman’s efforts to leave a Colombian prison, where his lawyers said he was facing constant violence putting him in fear of his life.

The US citizen’s lawyers had called Bogota’s La Picota prison “one of the most dangerous detention facilities in the world,” and urged Gardephe to dismiss an arrest warrant that served the basis for detaining Tuzman.

Gardephe on Friday called conditions at the prison “intolerable,” and urged the parties to find a solution.

According to Monday’s letter, after learning about the court’s concerns, Colombia Prosecutor General Eduardo Montealegre ordered Tuzman transferred to another facility, which has housed ex-Colombian officials charged with corruption.

It is unclear if that change will satisfy Tuzman’s lawyers or Gardephe, who earlier on Monday sought information on how an expedited extradition process would work in Colombia.

Reed Brodsky, Tuzman’s lawyer, did not immediately respond to a request for comment.

Tuzman, a former Goldman Sachs analyst, achieved brief fame as an Internet entrepreneur. The rise and fall of Govworks.com, the company Tuzman started with a friend, was the subject of the 2001 documentary Startup.com.

He was indicted in September along with Robin Smyth, Kit Digital’s former chief financial officer, for engaging in a scheme to deceive investors and regulators about the video technology provider’s financial health.

Prosecutors say Tuzman, as CEO of the now-bankrupt digital video company, helped run a scheme with a hedge fund manager from 2008 to 2011 to artificially inflate his company’s share price and trading volume.

He was arrested in Colombia in September at the request of US authorities who are seeking his extradition. He had been in the country working on a luxury hotel project.