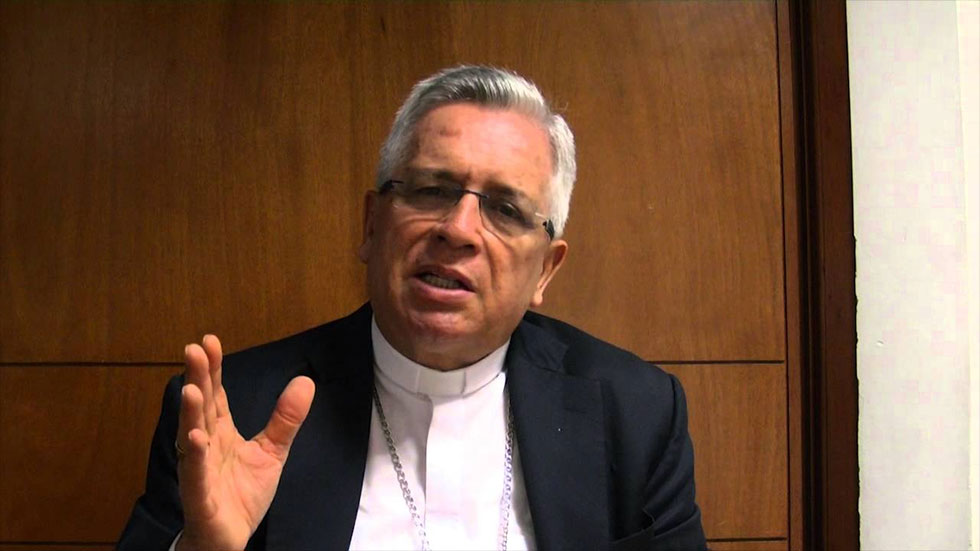 Even archbishops receive death threats for supporting peace in Colombia

Colombia’s recent wave of assassinations and death threats against rights defenders and community leaders has reached a new low after the archbishop of Cali, an active supporter of peace, received a death threat.

“Death to the FARC, to Santos and to all communist clergies,” Archbishop Dario de Jesus Monsalve was told in a letter addressed to him but delivered at the home of an assistant clergy.

The letter is the latest act or threat of deadly violence that has marred opposition to the peace processes sought by President Juan Manuel Santos who received a Nobel Peace Prize for successfully negotiating peace with the FARC.

But the FARC peace deal, and in particular its transitional justice clause, has opened a cesspool of political violence and crime left in impunity when paramilitary group AUC demobilized between 2003 and 2006.

According to the Prosecutor General’s Office, more than 24,400 state officials are either convicted for or charged with war crimes and another 12,500 individuals and companies will have to respond for their alleged financing of paramilitary groups.

In other words, there are twice as many alleged war criminals in Colombia’s public and private sectors than there exist guerrillas.

The war crime allegations reach as high as former President Alvaro Uribe, whose Democratic Center party is the only political opponent of peace.

Uribe has so far ignored the killings spree that is only targeting his opponents, but has agitated his followers claiming, among others, Colombia is on its way to become a communist state.

According to the archbishop and without calling the former president by name, it’s political agitation like that of Uribe and his allies, many of whom also accused of criminal activity, that is fueling the killings and death threats.

“Political leaders need to take clear decisions and not simply say “No” and the negativity in their opposition to the already signed agreements, because with this they are letting loose the dogs at the people who have done nothing, but struggle for peace.”

Cali Police Commander General Nestor Ramirez announced an investigation to the latest threat and expressed his solidarity with the top clergy.

The governmental human rights office also rejected the threats and expressed “solidarity with his work for peace in Colombia.”

According to analysts, the recent mass assassination of rights defenders is also due to the government’s inability to take over deserted FARC territory as agreed in the peace deal with the country’s oldest and largest rebel group.

An Uribe-led “No” campaign ahead of a referendum successfully sank an initial peace deal in October, which until today has impeded the effective demobilization and disarmament of the FARC.

The uncertainty among guerrillas has reportedly already led to the desertion of hundreds of armed fighters who were already in UN-controlled camps preparing their demobilization, but presumably lost faith in the peace process.

Nevertheless, thousands are expected to demobilize before December 31, the date set in the peace deal for the FARC to be fully demobilized and inside demobilization camps.