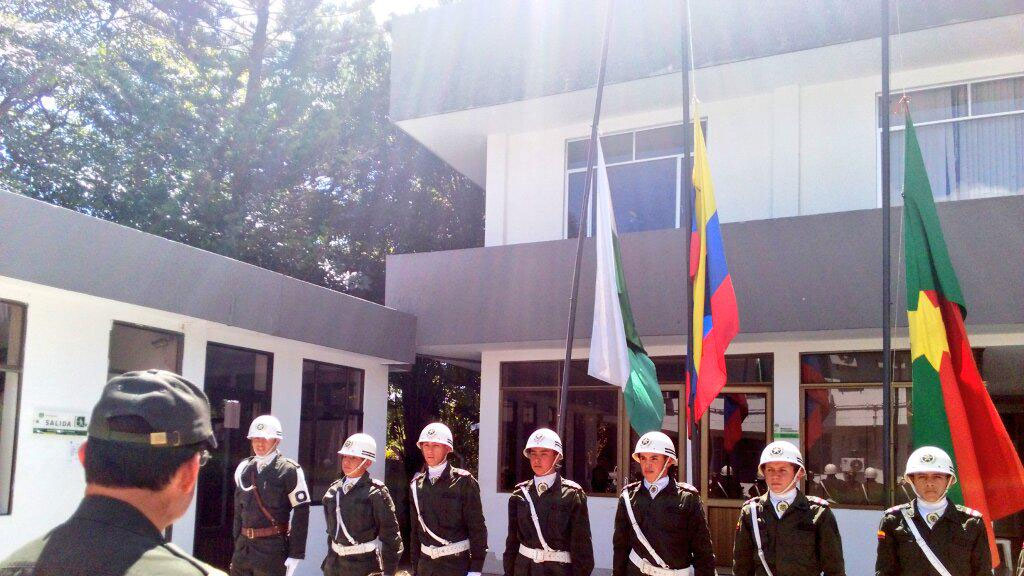 Colombia’s Police on Monday accused smugglers and the ELN, the country’s second largest rebel group, of killing three policemen and one government official at a check point in the northeast of the country.

The four officials were shot dead on Sunday by four assassins who passed the check point in one van and on two motorbikes.

One policemen was able to save his life by running away.

The Colombian Agricultural Institute (ICA), the employer of one of the victims, expressed in a statement “profound feeling of grief” and sent its condolences to the family of the assassinated agriculture official.

Victim Elkin Eduardo Pastrana was “a father of four and a committed official dedicated and exemplary in the carrying out of his public duty,” said the ICA.

The National Police condemned the killing of the official and the three policemen, offered a $30,000 reward for information leading to the killers, while honoring the officials who “were killed while fulfilling their duty.”

The attack took place at a check point on the border of the Casanare and Arauca states where the policemen and government official were checking passing traffic for contraband and the stealing and smuggling of cattle to and from the neighboring country of Venezuela.

Based on the statement by the fled policeman, National Police director Rodolfo Palomino told press that the killers passed the check point faking to be tourists. Once past the control, the killers opened fire and shot the officials from behind.

Palomino traveled to Casanare to be informed about the attack and the current public security situation.

According to newspaper El Tiempo, the area where the quadruple murder took place is a hot zone for local criminal groups dedicated to cattle stealing and smuggling. These groups work together with the ELN which allegedly charges the criminals protection fee.

The newspaper said it was likely the attack was carried out by the smugglers in conjunction with the rebel group that has been fighting the state since 1964 and has strong presence along the Venezuelan border in that area.