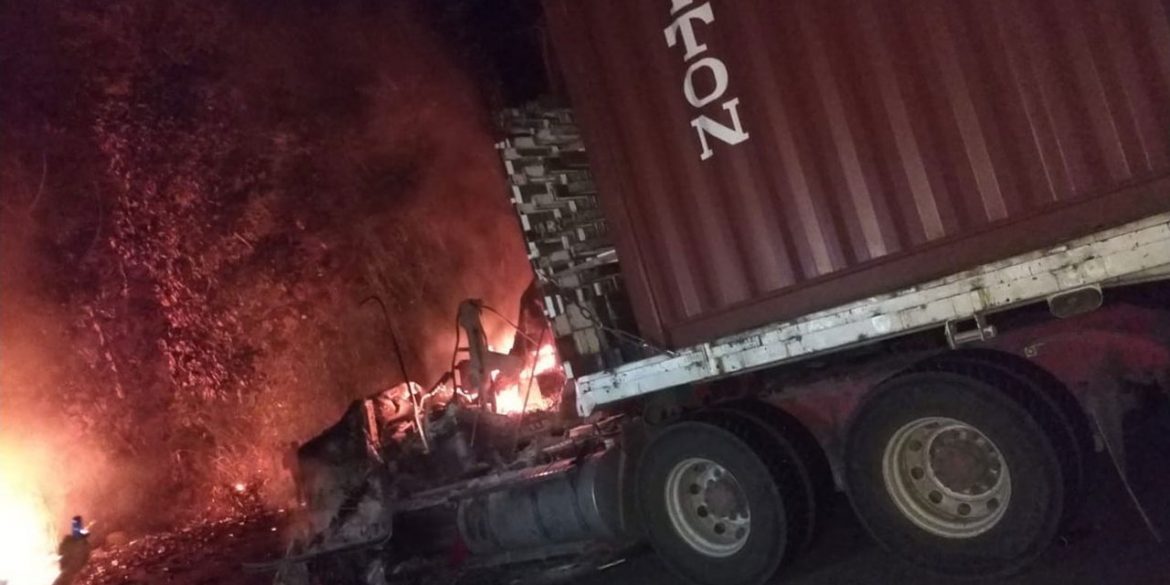 According to the police, armed men who identified themselves as ELN guerrillas stopped five trucks on the highway that connects Medellin to the Caribbean coast in Valdivia, a municipality in the troubled Bajo Cauca region.

A sixth truck was stopped at a tertiary road in the same municipality. The driver of this truck was shot allegedly after he refused to stop at the guerrilla checkpoint.

It took authorities hours to arrive in the area, disperse the alleged guerrillas and clear the roads.

The truck drivers of Colombia  call on the ELN to cease their terrorist attacks against us truck drivers. We are people who with our patrimony and life sustain families and provide jobs to thousands of honorable Colombians.

The apparent take-over of the important highway is the first since hard-line President Ivan Duque, who suspended peace talks with the rebels, took office in August.

The majority of Colombians have expressed in polls they do want the president to resume peace talks with the guerrillas and end the armed conflict that began in 1964.

The Bajo Cauca region where the incidents took place has long suffered from chronic state neglect and has seen its homicide rate spike amid government failures to execute a peace process with the FARC, a guerrilla group that demobilized and disarmed last year.

Paramilitary groups AGC and Los Caparrapos are also fighting in the area that is rich in gold and a major cocaine trafficking route.