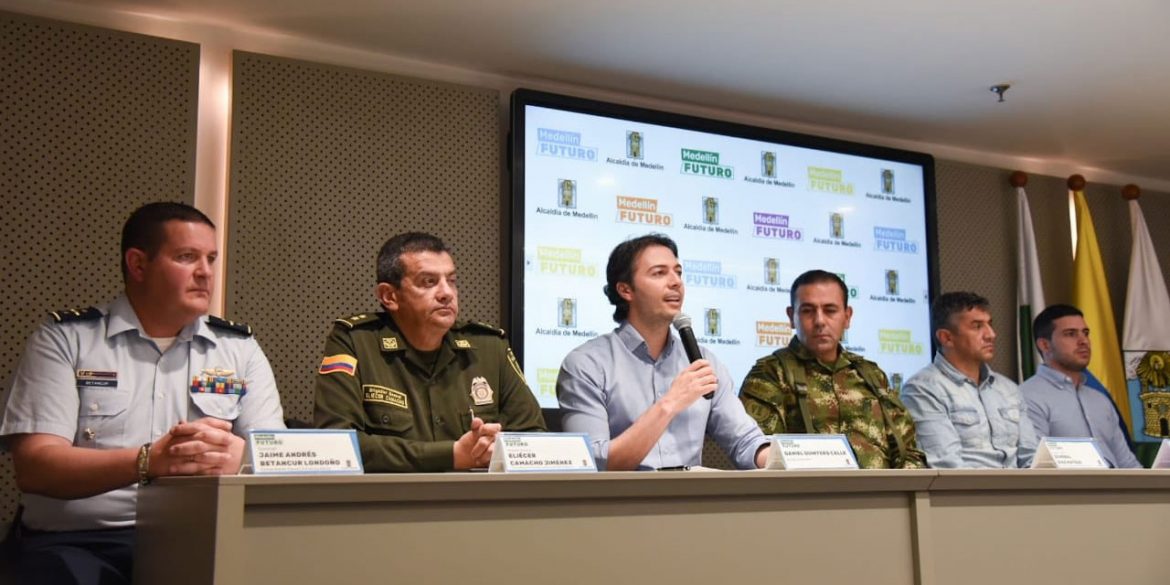 Alleged urban ELN guerrillas bombed an electricity tower on the outskirts of Medellin on Friday. A second attack was prevented, according to Mayor Daniel Quintero.

One suspected member of the ELN’s Urban War Front in Medellin and linked to the attack just outside the northeastern La Cruz neighborhood was arrested, Quintero said.

Following the first explosives attack, which took place around 6:30AM, a police helicopter saw an ELN flag on an electricity tower some 200 meters from the one that was taken down.

Anti-explosives experts were able to deactivate this explosive, according to Quinitero.

The alleged ELN attack in Medellin is the first in more than two decades and, according to the mayor, a retaliation for the arrest of two ringleaders last month.

We are facing a national conflict and we had intelligence that allowed us to establish that Medellin was part of the ELN’s attack plans in retaliation for the capture of two of its leaders in January.

The attack also follows four days after Quintero criticized the military in a letter to the district attorney over the army’s inaction in response to police operations in January in which explosives were found.

In response to the attack, the army did take action and vowed to deploy Special Urban Forces to increase military presence in the rural areas around the city that are predominantly controlled by paramilitary groups, Quintero said.

The mayor criticized the response to the attack of far-right supporters of former President Alvaro Uribe, his political adversary, on Twitter.

The extreme right hasn’t been so happy that the ELN carried out an attack on Medellin in two decades. The extremes come together.

Quintero became the first Uribe-critic to win local elections in Medellin, the stomping ground of the Medellin Cartel associate-turned-politician, in October.

The mayor is likely going to have a tough four years in the city where the lines between the Uribistas, organized crime syndicate Oficina de Envigado, the police department and the locally stationed 4th Brigade have long been blurry.